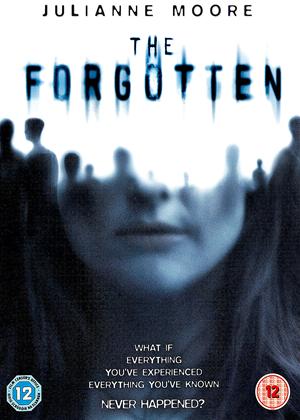 Synopsis:
What if everything you believed in... everything every moment you experienced... and every memory you hold clear... never happened? Telly Paretta is tormented by the memory of her eight-year-old son Sam's death in a plane crash. While trying to work through her grief, and her subsequent estrangement from her husband Jim, she is informed by her psychiatrist, Dr. Munce, that she is suffering from delusions, that her son never existed and she is fabricating memories of him. Stunned, she tries to find evidence of Sam's existence - photos, videos, scrapbooks. But it has all disappeared.
Telly is convinced she is going mad until she meets Ash Correll, the father of one of the other plane crash victims. Together, they embark on a search to prove the existence of their children and reclaim their sanity.
Actors:
Julianne Moore, Dominic West, Christopher Kovaleski, Matthew Pleszewicz, Anthony Edwards, Jessica Hecht, Linus Roache, Gary Sinise, Scott Nicholson, P.J. Morrison, Robert Wisdom, Tim Kang, Kathryn Faughnan, Alfre Woodard, Felix Solis, Susan Misner, Lee Tergesen, Ken Abraham, J. Tucker Smith, Ann Dowd
Directors:
Joseph Ruben
Voiced By:
Zoë Raye
Writers:
Gerald Di Pego
Studio:
Columbia Tristar
Genres:
Horror, Thrillers

Reviews (5) of The Forgotten

A great psychological thriller - The Forgotten review by CP Customer

The story of 'The Forgotten' revolves around a woman named Telly who believes that her young son Sam was killed in a plane crash, her husband Jim, and her psychiatrist try to convince her that she is suffering from some sort of mental delusion, and that she doesn't even have a child. Convinced she's not loosing her mind, Telly looks into possibility of alien abduction and a sinister master plan of alien mind control over their human victims. Director Joseph Ruben provides a dynamic style with some breathtaking cinematography of New York City, (the aerial shots were especially effective given the possibility of aliens observing the humans below), and the fast paced story unfolds in a riveting manner. If you like supernatural and psychological thrillers then 'The Forgotten' is definitely worth renting!

I really liked the basic premise of the film. It builds very well, feeds the paranoia factor and ultimately leaves you thinking deeply.

Definitely worth a watch. I may buy it.

Thinking of my children - The Forgotten review by MW

What an excellent film.It really makes you think,especially if you have children of your own.Very emotional and heart rending.

Mother (Julianne Moore) thinks she's the victim of a conspiracy as she finds that everyone - husband, shrink, neighbour - deny the existence of her 9 year old son who died in a plane crash...

And it turns out that she is indeed the victim of a conspiracy in a ludicrous plot that mixes a bit of thriller with a hint of the old 1950s-1960s 'The Twilight Zone' TV programmes with a liberal dash of 'The X-Files'. All very silly stuff, not helped by the awful, intrusive background music.

Perhaps it wouldn't be so bad if I'd seen it when it first came out, because then two of the main actors would be fairly fresh. But unfortunately the face of Brit actor Dominic West has become so well known as Detective Jimmy McNulty in 'The Wire' TV series and the face of Gary Sinise perhaps even better known as Mac Taylor in the 'CSI' TV series that I couldn't help but think of them in those other roles whenever they were on screen.

Julianne Moore plays Telly, a grieving mother who's young son died in a plane crash. Her husband and psychiatrist seem to her to be playing a sick game, trying to convince her that Sam never existed. This premise is backed up by a series of mysterious events. The truth is far more sinister and once the NSA get involved, the pace really picks up. I was glad that I did not watch this in the cinema as I would have embarrassed myself in a couple of places by totally freaking out, screaming and spraying my popcorn everywhere! It's not really scary or horrific, but there are a couple of scenes where things happen that you can't quite believe and definitely can't explain. A thouroughly recommended thriller.