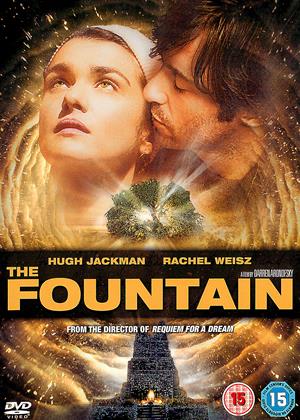 Reviews (6) of The Fountain

No Cohesion - The Fountain review by CP Customer

I agree that this is at times visually stunning, but it also feels overly long at 1 hour 25 minutes! Whilst it is nice to look at, it suffers from an almost total lack of a strong cohesive story. After 20 minutes you are still sitting looking at the 3 parallel stories knowing that if you'd not read the synopsis you would not have a clue what was going on. Even with the synopsis it is hard work trying to work out what the Director is stating with this work. It almost feels as if he had a really vivid dream about this film and has concentrated only on trying to create the look and feel without developing the story. Sadly, this would not be a movie I would rent again.

Weird, a bit confusing, but beautiful to look at - The Fountain review by CP Customer

This film is visually stunning. The special effects and cinematography are spectacular. Jackman and Weisz are fantastic in their roles. Weisz is Izzi, a woman who is dying as a result of a brain tumour. Her husband Tommy is a surgeon researching a cure for cancer. It's a race against time for him to find the cure that will save his wife. Jackman captures his passion, intensity and despair. The film can be a bit confusing as there are many flashbacks and it is not always clear why. However, it is worth a look if you like films that offer something a bit different in the visual department.

I watched this movie without knowing anything about it only that Hugh Jackman was starring.

Although I found the actual storyline very confusing at parts I also found it extremely addictive, Probably due to me thinking i would understand it the more I watched lol.

If you like strange movies with flash back storylines then is is a must, the overall movie is very well made but still very strange to watch.

Boring fantasy and over-rated director - The Fountain review by PV

A truly baffling and boring fantasy movie by a massively over-rated director. Boring.

Epic? Well, I suppose three intertwined stories means 'epic' here. However, it was not really epic at all - just endless fantasy sequences and a lot of old guff about a magic tree.

Now, if you are the time of new age fan who goes WOW! when you see a cryctal skull (made in China) or a dream catcher, and believe all this spiritual mumbojumbo, you may well find this movie deep and meaningful.

I found it pretentious nonsense. as I did the other films by this oh-so-fashionable director. But then, I'm a grown up.

Another dose of psychobabble - The Fountain review by AB

Even the synopsis to me was confusing - it talked of 3 parallel lives but apart from the Spanish Conquistador one and the surgeon one, the third strand in the actual film bypassed me - was that dream-like scenario supposed to be mankind in the future? Or a dream? Too highbrow for me and far too confusing to be anywhere near enjoyable. One for film aficionados only or those with a degree in psychiatry or those who eat magic mushrooms every day.

Like others, I'm not sure I got what this one was about the first time I saw it (on TV). But I realised that (as others say) it is "visually stunning" and so I watched again. Perhaps not the most accessible of films, and certainly not for everybody, it is moody and enigmatic. Whilst there are three intermingled stories and several themes, the real plot is cinematographic, using technique rather that narrative to tell the story. Subtle, huh?