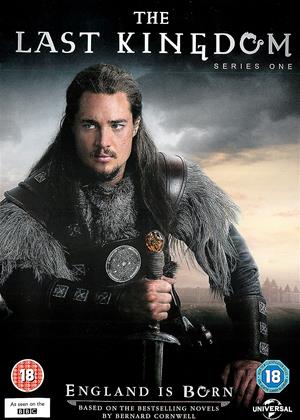 Synopsis:
The year is 872, and many of the separate kingdoms of what we now know as England have fallen to the invading Danes, leaving the great kingdom of Wessex standing alone and defiant under the command of King Alfred (David Dawson). Against this turbulent backdrop lives our hero, Uhtred (Alexander Dreymon). Born the son of a Saxon nobleman, he is captured by the Danes and raised as one of their own. Forced to choose between the country of his birth and the people of his upbringing, his loyalties are ever tested.
What is he? Saxon or Dane? On a quest to reclaim his birthright, Uhtred must tread a dangerous path between both sides if he is to play his part in the birth of a new nation and, ultimately, recapture his ancestral lands.
Actors:
Alexander Dreymon, Matthew Macfadyen, Ian Hart, Emily Cox, Peter Gantzler, Tobias Santelmann, Rune Temte, Thomas W. Gabrielsson, Rutger Hauer, Joseph Millson, Alexandre Willaume, Ole Christoffer Ertvaag, Julia Bache-Wiig, Henning Valin Jakobsen, Elizabeth Conboy, Andrea Vagn Jensen, Andrew Lukacs, Jocelyn Macnab, Alec Newman, Madeleine Power
Directors:
Nick Murphy, Anthony Byrne, Ben Chanan, Peter Hoar
Producers:
Chrissy Skinns
Writers:
Bernard Cornwell, Stephen Butchard
Studio:
Universal Pictures
Genres:
British TV, TV Action & Adventure, TV Dramas
Countries:
UK

Reviews (2) of The Last Kingdom: Series 1

Once you get into the story it is very gripping. Well acted by a consistently good cast. Much better than Amazon's Vikings.

Highly Enjoyable and Authentic 9th Century Saxons versus Vikings saga, based on novels - The Last Kingdom: Series 1 review by PV

I really enjoyed this AND would recommend watching the 3 excellent little extra films on the final disc showing how the series was made and how they all strove for authenticity.

It's not fair really to compare it to VIKINGS - also an excellent show, but with a very different feel. I enjoyed both series massively.

Some great characters and fight scenes, although i would advise viewers to pay attention esp in early episodes as there are lots of characters and it can be confusing, esp when some of the women look so alike!

I'm not sure it's 100% necessary to have authentic casting for the Vikings with Scandinavian actors - though they are all great; the equal and opposite would be to say no non-native English speaker should be allowed to play native English speaker British/American roles in films. But anyway THANK GOODNESS there is no colourblind casting - if the BBC had make this or a pc woke film maker (like the one who cast an Indian actor as David Copperfield) the Anglo-Saxon and Viking strongholds may well resemble Wakanda lol. Or perhaps Midsomer Murders...

Some serious characters and some good fun comic ones - I liked the poor king who lives in a 'palace' shed! There were so many kings around at that time, in what was to be England and Wales, and Ireland and Scotland, it seems anyone who thought they could chance it as a warlord did so.

I am not a fan of historical novels really - I always see them as a bit of a cheat too, taking facts and characters from history with research and writing them up. But it is a popular genre and I often like the TV series that come from the books.

I particularly liked the authenticity in place names and character names too - though some of the Vikings are perhaps not so authentic, and look more like a 1980s version of Keith Richards! I know Winchester which was Alfred's capital so that made it even more interesting for me.