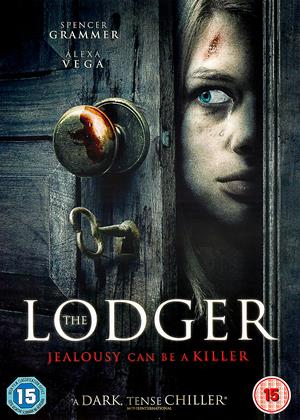 Synopsis:
Janie (Alexa PenaVega) and Dee (Spencer Grammer) Lodge with each other, however they have absolute polar opposite views on life. Janie is an ambitious student who dreams of a better life, whilst Dee is a gorgeous socialite who dreams of a rich husband. Janie is offered a job, that is the opportunity of a lifetime and this is enough to stir up deep seated jealousy and resentment in Dee. In her unhinged state she sets out to make Janie's life a living hell. But Janie has dark and disturbing issues of her own that have also been brewing inside her for a long time now.
Everything comes to a head on one horrifically explosive day and In a desperate fight for survival it appears this house is just too big for both to live in or be Alive in.
Actors:
Alexa Vega, Spencer Grammer, Kathryn Morris, Richard Riehle, Bryan Dechart, Jennifer Lyons, Lee Kholafai, Jordan Tolchin, Daniel Nguyen, Samantha Jacob Jones, Hayley Angela Gilbert, Michael Mammoliti
Directors:
Rob Margolies
Producers:
Tenille Houston, Kristen Ruhlin, Jonathan Lee Smith
Writers:
Aaron Edward, Aaron Horwitz
Aka:
Roommate Wanted / 2BR/1BA
Studio:
Frontline Home Entertainment
Genres:
Horror, Thrillers

Reviews (1) of The Lodger

Much ado about next to nothing - mild spoilers .... - The Lodger review by NP

Here's something I was not expecting to like. Two attractive young women sharing accommodation: one, studious and ambitious and the other, superficial and gorgeous. To begin with, I was hard-pressed to tell much difference between them. Both are casually stunning and appear very happy in their individual skins; and that is why I wasn't sure I would see this film through - I dislike such blemish-free catwalk characters being passed off as 'everyday'. It's a stereotype. It fuels people's paranoia about themselves. It presents a false image, and it annoys me.

Secondly, 'The Lodger/Roommate Wanted' is sold as a horror thriller. For a long time, I was waiting for anything horrific to show itself. By the end, I still think - despite some violence - I was somewhat mis-sold.

With all that out of the way, I enjoyed this more than I thought I would. The two girls are exceptionally well-played and occasionally, it really seems as if the veneer exhibited by both of them (in their own ways) is about to be cracked - but it never really happens. The violence, nasty though some of it is, is cartoon-like. Any scars or blemishes dished out soon disappear. Even toward the end, after everything is superficially - that word again - trashed, they still speak to each other in cliché (early on, Janie professes to 'like' clichés), their stoically cutesy personality traits very much intact.

I would have liked to see the comedy antics - some of which are genuinely quite funny - gradually dissipate as their fight went on. I would have liked to see the violence - both physical and mental - go further, instead of just being sporadically addressed before the two of them call another short-lived truce. Even the ending lurches back into caricature humour, which undoes much of the good work that had been done stripping them of their bravado. Perhaps Director Rob Margolies and writer Aaron Edward just weren't interested in making that kind of film. A shame, because if events had become more serious and more extreme, this could have been a really interesting project. My score is 5 out of 10.