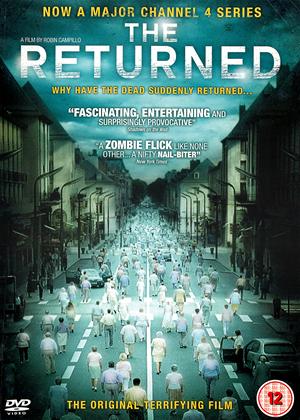 Synopsis:
The recently dead return to life and seem content merely to go back to their former lives, but their return causes a myriad of complications. Isham and Véronique have their trepidations, but they're generally happy, at first, to see their little boy Sylvain, and the town's elderly mayor welcomes home his wife, Martha . But Rachel, a government health official, cannot bring herself to visit her newly returned husband, Mathieu, at the ad-hoc shelter where the government houses the "zombies" like refugees. Eventually, she relents, and Mathieu returns home, but the living find that their loved ones are not exactly as they remember them.
Studies soon reveal that the dead suffer from a form of aphasia. They cannot create new memories, and they cannot be trusted to perform any but the most menial tasks. Perhaps sensing the discomfort they cause the living, the dead gather together at night, and seem to be formulating some kind of secret plan.
Actors:
Géraldine Pailhas, Jonathan Zaccaï, Frédéric Pierrot, Victor Garrivier, Catherine Samie, Djemel Barek, Marie Matheron, Saady Delas, Guy Herbert, Catherine Salvini, Alain Guillo, Dan Herzberg, Hélène Alexandridis, Gérard Watkins, Serge Biavan
Directors:
Robin Campillo
Producers:
Caroline Benjo, Carole Scotta
Writers:
Robin Campillo, Brigitte Tijou
Aka:
Les Revenants
Studio:
Arrow Films
Genres:
Horror, Sci-Fi & Fantasy
Countries:
France, Horror, Sci-Fi & Fantasy

Reviews (1) of The Returned

A few days ago I watched the 2012 French TV series 'The Returned' (Les Revenants) and found it great, compelling TV drama - so I thought I'd watch the 2004 French film of the same name from which the series was derived.

All I can say is that it's quite different - perhaps the only thing that is similar is the young boy Silvain who would appear to be the basis for Victor in the TV series.

As to the storyline, I suppose you would call it a zombie film - except that here the risen dead - all 70 million (!) of them, 10 years worth, with 13,000 in the featured French town alone, are clean, peaceful, slow moving, slow thinking, not needing much if any sleep, dressed in light summer clothes and apparently healthy, with no signs of the disease / wounds / whatever that caused their death.

The town has to make arrangements for their re-integration into society - a somewhat tricky task as their relatives are not always keen and the massive exercise is a drain on the resources of the community and makes heavy demands on the personal resources of the relatives. The story focuses on a small number of characters who persevere in trying to regain a relationship, only to find that their loved ones try to escape at night, making for a series of underground tunnels. Err, that's it.

The film is good enough to get you thinking about what would happen to oneself if a loved one - your wife / husband / child - 'returned' and of the impact of such a phenomenon on wider society.

I think I've been spoiled by watching the TV series. I gave that 5/5 stars - the film isn't bad, despite many unanswered questions and loose ends, so I'll give it an average 3/5 stars. It's worth seeing to gain background on the TV series, but if you're looking for a zombie flick or expecting it to be as compelling as the TV series then you won't find it here.