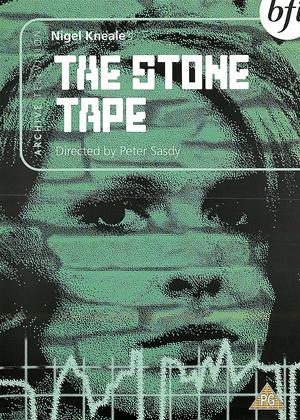 Synopsis:
A team of scientists eager to discover a new recording medium take over a brooding gothic mansion recently bought and renovated by their employers, Ryan Electrics. On moving in, however, they find that one vital room remains unfinished, and that the builders refuse to work there. Claims of strange noises and feelings of unease are dismissed as nonsense by all except the psychically sensitive Jill (Jane Asher). However the scientists soon discover that the renovation work on the mansion is only skin-deep, and that something lies hidden beneath the stonework of the building, something ancient and malevolent...
Actors:
Michael Bryant, Jane Asher, Iain Cuthbertson, Michael Bates, Reginald Marsh, Tom Chadbon, John Forgeham, Philip Trewinnard, James Cosmo, Neil Wilson, Christopher Banks, Michael Graham Cox, Hilda Fenemore, Peggy Marshall
Directors:
Peter Sasdy
Producers:
Innes Lloyd
Writers:
Nigel Kneale
Studio:
BFI Video
Genres:
British Films, Horror, Sci-Fi & Fantasy
Countries:
UK

Reviews (1) of The Stone Tape

Produced by the BBC for Christmas 1972, the only disappointment with this film may be the budget special FX towards the end (apparently produced at Pinewood studios), but use your imagination, and this isn't really a problem.

If you allow yourself to get into the atmosphere of this film the story, script, acting, energy, characters and atmosphere are wonderful, and this is rightly considered a classic of the horror genre. Also it's somewhat of a time capsule in more ways than one. If you don't like 'old' drama, you probably won't like this, but if you appreciate timeless classics you probably will.

You might also like to note that in 2015 BBC Radio 4 remade a version in 'binaural sound' for their Hallowe'en Fright Night experience - available currently to listen to. I'd watch the film first though!

Screen it alone in a darkened room, when everyone else is sleeping...