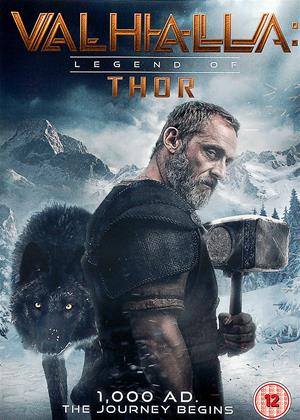 Valhalla (Valhalla: Legend of Thor over here) is a Danish film adaptation of the Carlsen Comics series created by Peter Madsen and Henning Kure in 1979. A gritty yet still family-friendly take on Norse mythology, the movie emphasises naturalistic lighting, handheld camerawork, shallow depth-of-field, and inventive low budget design decisions, which sells the illusion we are actually in the weird, murky world Norse people believed in. Tonally, the film’s look and feel is a stark contrast with the fast paced, uncomplicated script adapted from the cartoonish comic: this is simply a sweet but darkly filmed story about a young girl whose impulsive bravery shakes the gods out of apathy. Director Fenar Ahmad seems to have tried to make both an adaptation of a kid’s comic and a faithful Thor movie, but kids who don’t mind subtitles will likely be put off by the grim tone, while adults interested in pagan stories may be disappointed it’s shorter, simpler, and nowhere as violent as they might’ve expected.

This’ll probably appeal most to young cinephiles looking for a familiar way into world cinema; weird kids who love Jim Henson’s darker, non-Muppets output; and pagan experts longing for something beyond Marvel. I’ve got something in common with all three of those groups, and I think a Danish fantasy-adventure based on local legends is pretty cool, so I enjoyed Valhalla despite its tonal disparity. Besides, there’s a moment where Odin plays a board game with Mímir’s disembodied head — it may not be Thor: Ragnarok, but I bet Taika Waititi wishes he’d thought of that.

The actor starring the lead role is not exactly Chris Hemsworth is he? Lol ... He looks like a small, ugly troll to be honest! What a disappointment, they're all ugly in it to be honest, and yeh it does make a difference to be honest, cheap actors! Annoying subtitles which i wasn't aware of even, so that got on my nerves, it doesn't even come close to the original American version starring the dashing Chris Hemsworth! Over all a bit boring, it dragged on to be honest, i lost count of what was going on because you have to have your eyes glued on the annoying subtitles all the the time, so a bit of a major flop in my eyes to be honest! Oh well!!