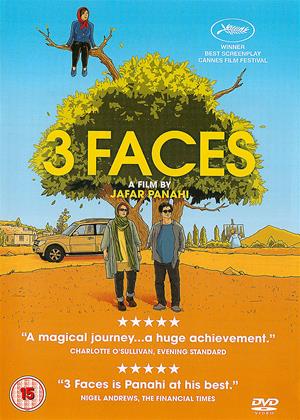 This latest offering from Iranian director Jafar Panahi is another not-so subtle political allegory, with the director taking twinned roles of director and driver, as in 'Taxi Tehran'. He again plays himself (or at least a version of himself) and spends a large part of the film behind the wheel motoring through the Iranian countryside to help an actress (Behnaz Jafari, also playing herself) find a missing woman. In so doing they also find other women, including one who remains invisible to the camera, and thus is raised the theme of gender division that runs through the film. The division between fiction and documentary, performance and 'real life', and the intimate claustrophobia of the car, becomes an emblem of the larger interior-exterior divide faced by all the characters, particularly the women; the question of a woman’s proper role — onscreen and off — is raised time and time again. There's also some quirky touches and gentle humour, particularly in scenes involving the villagers, although perhaps the humour isn't quite as cutting as it was in 'Taxi Tehran'.

Quite a few of the plot twists are perhaps a tad contrived, and the defiant ending seems rather implausible to me, but this is still an impressive and brave piece of work.