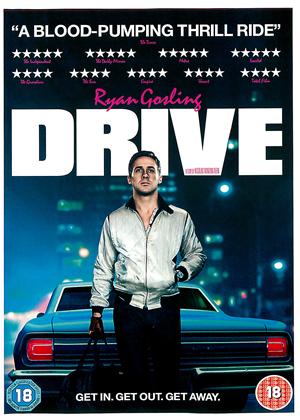 Minimalistic with bursts of graphic violence - is it art or exploitation? - Drive review by RP

Minimalistic, slow, and with flashes of graphic violence 'Drive' reminds me of the 'Man With No Name' films of Sergio Leone. The (un-named) central character is a man of few words who helps a neighbour in a bungled robbery, then on his death protects the widow and child. It's a stylish film noir, slow starting then building to a series of violent acts (head explodes in shotgun blast, skull crushed by stomping, artery slitting with razor, attack with hammer etc). There is certainly action in the form of three car chases + violence, but it is not really an action film, nor are any of the characters explored in any depth. The Driver himself remains an enigma, although the frog/scorpion allusion suggests that violence is in his nature and merely suppressed for the 'quiet' sections of the film. However, it has more than a tinge of exploitation about it so I can only give it 3/5 stars.

Danish Director Nicolas Winding Refn enters the realm of Hollywood with ‘Drive’, a neo-noir set in the streets of Los Angeles, with a hero in the enigmatic blond The Driver aka Ryan Gosling. Refn won Best Director at the recently concluded Cannes Film Festival, and for good measure. ‘Drive’ is not your typical action film. If its title in posters is in pink cursive, you know you’re getting something out of the ordinary. ‘Drive’ knows its market and you’re in for a thrilling ride.

‘Drive’ is nothing without its leading man, actor Ryan Gosling. As its loner Driver, he is stoic, all-knowing, and a real action man. A stunt driver in Hollywood sets who moonlights as a hired getaway driver for criminals and robbers alike, the Driver is one mean, good looking, driving machine, and he’s about to quit and go legit; this time taking on the wheel as a professional race car driver.

But a lovely neighbor, Irene (Carey Mulligan), a young mother with a little boy has crime troubles. Her ex-husband (Oscar Isaac) needs to do a job or else his family gets it, and in comes Driver to save the day. Even if the Driver drives for a living, doesn’t mean he doesn’t want some love.

With an assembly of fine actors from Bryan Cranston (currently of TV’s ‘Breaking Bad’), Ron Perlman, Christina Hendricks, and veteran actor Albert Brooks as the big bad villain –an inspired choice—‘Drive’ is both style and substance, can be dubbed an art or action film, acclimated to your every mood and fancy. The sleek treatment, from car chases to the Driver’s juiced-up Chevy and his satin jacket with a big Scorpion appliqué on its back, does give you a sense of camp but of the good kind.

When Ryan Gosling grips on that wheel, steers, and brings on the pain on his enemies, it becomes a thriller with full-on frightening violence. Sure, Gosling is cute, but you wouldn’t want to call him that when he starts clocking you in the face.