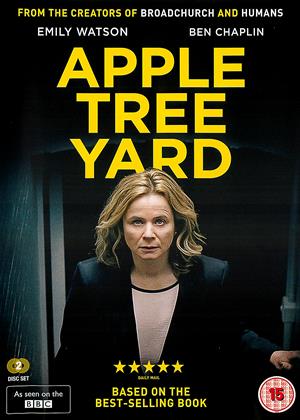 Apple Tree Yard is thought-provoking, mystical without it having any supernatural forces involved, gripping, and something that would crawl under your skin long after you’ve finished watching this cinema piece. In fact, this four-part series sheds a new light on heavy subjects such as extramarital affairs stemming from an unfulfilled life under the vow (and other ostracized societal breakers as well). Or that’s what Apple Tree Yard makes you think at first. See, this mini-series takes many subjects, steers them into thriller territory, and asks the viewers to tag along for the ride – something which is a lot to ask given the current PC atmosphere and its nefarious apologetics that come with it. But for those who do take this leap of cinema faith that Apple Tree Yard requires – you’re in for a treat.

The show follows Dr. Yvonne Carmichael (played by Emily Watson), a seemingly ordinary woman who soon falls under the charms of a mysterious stranger named Mark Costley (Ben Chaplin). To this extent, Ben’s performance as an actor is very hard to gauge, and this may very well have something to do with his deliberately enigmatic demeanor and the fact that he immediately shuts down any attempts of Dr. Yvonne to poke through his protective cocoon.

In addition, the other actors do their jobs well, but it seems like the script has them underdeveloped in order to focus more on Yvonne’s storyline. This is understandable, as her normality and everything that coincides with it is as fascinating as it gets. In fact, the questions this narrative thread raises can be considered the main course of the plot, with Apple Tree Yard playing its cards well and throwing crumbs to the audience just enough to keep us hooked till its very end.

And therein lies the main issue with the show. The creators are deliberately trying to put the viewers in Yvonne’s shoes, as to see how each and any of us would act in a similar situation given the circumstance(s). This would obviously deter some of continuing with the show whilst simultaneously attracting others; the fact that Yvonne acts as she does is not owed to her erratic, neurotic undertones – it’s actually stretching a fictional decision-making void of putting the audience in medias res and letting them decide on their own.

Following this same line of thought, it can be said (with assuring confidence) that Yvonne is the main thread the holds the show together from falling apart; as said above, this is a deliberate attempt on the showmakers part to hide the shortcomings of the plot and divert the audience’s attention toward the main star of the show, i.e. Dr. Carmichael.

Without revealing too much though, I will say this: Apple Tree Yard is a fresh thriller with stemming potential that could’ve been utilised better than its current incarnation. Despite all of this, the series are still worth a try.