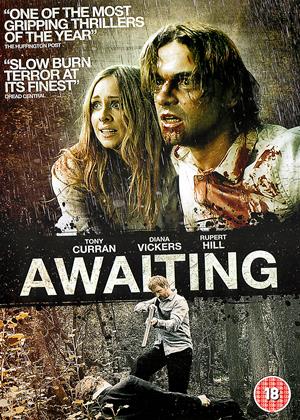 Whilst not the most cheerful of films, this is a really solid production that carefully ramps up the thrills and the gore right up until its blood-splattered finale.

Tony Curran is excellent as Morris, reclusive land-owner who lives, it seems, in isolation with his beautiful daughter Lauren (Diana Vickers). When dashing young businessman Jake (Rupert Hill) stumbles into their lives, but accident or design, things get progressively nasty. At first this nastiness relies on the performances and then desperation and an awful lot of blood take over.

At first, the acting from the younger cast may seem underwhelming – good looking familiar faces from soap-operas may rankle the snobbish sensibilities of reviewers who don’t believe actors from popular dramas can cut the mustard in powerful horror pieces like this. As the characters’ situations become ever bleaker, and the audience becomes less sure of their motivation, you become as fully immersed in their situation as it is possible to be. At times I, a foul old horror viewer of many years, had to turn away as a mixture of effects and performance made every indignity and moment of suffering seem acutely real. Not bad for soap actors!

For lovers of twist endings, there are more than one. Each satisfies. You may not be surprised by one, but bowled over by another. Or not. All I can say is I enjoyed this a great deal, more than I thought I would. Highly recommended.