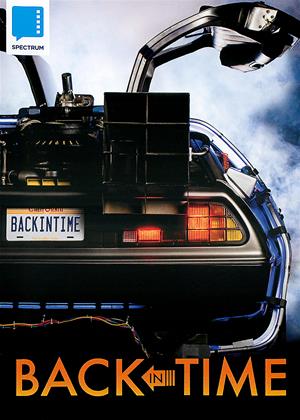 Reviews of Back in Time

Back in Time review by Mark McPherson - Cinema Paradiso

As a celebration of both the 30th anniversary of Back to the Future and the exact date of the future in Back to the Future Part II, a documentary debuted just in time to take advantage of the current resurgence in the franchise. Born from a Kickstarter campaign, Back in Time aims to cover a broad range of topics on the 1980’s staple that redefined time travel movies. But I’m afraid that this is yet another reason why Kickstarter doesn’t exactly make for the greatest of documentary productions. As expected, this fan documentary is a more celebratory and unfocused project that just smashes together interviews and footage. It’s neat for a featurette to be included on the Back to the Future Blu-ray sets, but not exactly something to value on its own as a strong documentary. Has anyone ever petitioned to make a DVD featurette on Kickstarter instead of a full-fledged documentary?

Such a documentary feels almost unneeded with so much celebration that went on in the month of October. There were plenty of merchandise promotions, tributes displayed online and even a one-day screening of the Back to the Future trilogy which actually brought in over $1,000,000 for such a short time in the theater. Rather than act as a centerpiece to it all, Back in Time appears more as a montage of Back to the Future’s cultural impact. If you missed out on all the magic, satire and homages to the three movies, here is the movie that will bring you up to speed on its influence.

There are a staggering amount of interviews assembled with all those involved with the movie series. Writers Robert Zemeckis and Bob Gale spin some great yarns about the road to the production of their 1985 classic. It’s amazing to think that they approached Disney at some point to produce the picture, only to have the script thrown back in their faces given the executives being turned off by a picture with incest. Cast members Michael J. Fox and Christopher Lloyd among others weigh in with tales from the set and their lives after the movies. Fox, in particular, has some great stories to tell about how he sat next to Princess Diana at the premiere and couldn’t bring himself to get up for the bathroom in front of her. Even the original designers of the iconic time-traveling Delorean are given plenty of screen time to chat about the process.

And speaking of Deloreans, wow, does this documentary favor that car more than any other subject. The history of the car, the production for the movies, the reproduction after the movies, the collectors of the rare vehicles and even a convention specifically for the car is showcased for a large chunk of the movie. There’s so much attention paid towards the Delorean I question why the filmmakers didn’t make it a documentary about the car. They certainly have more than enough material to pull off such a movie - far too much for a documentary that wants to cover several areas of Back to the Future.

Outside of the Delorean talk, there are some more cool aspects to the fandom. A group of dedicated movie lovers dressed up an entire town to represent 1950’s Hill Valley where visitors get to take part in all its recreated splendor. Dan Harmon talks about his inspiration from Back to the Future to create the satirical cartoon Rick & Morty. And there are plenty of success stories about how Back to the Future’s fandom benefited several charities - including Michael J. Fox’s own organization for Parkinson’s disease. If only there was more time given to these subjects rather than hearing another round of stories about the Delorean.

Back in Time serves its purpose as a decent companion piece to the Back to the Future legacy, but doesn’t serve as much more than that. It also becomes rather repetitive in how it continuously features interview after interview of talking heads stating how Back to the Future is the perfect movie. The only detractors seem to be Dan Harmon remarking how Parts II and III were terrible and director Robert Zemeckis who admitted the film wasn’t perfect. There was probably a shot out of focus here and there, he states.