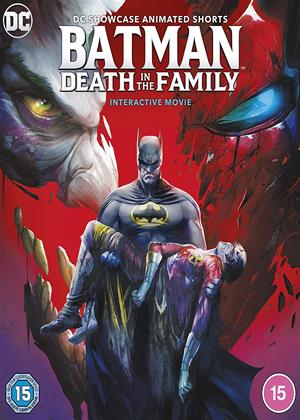 Rent other films like Batman: Death in the Family

Reviews of Batman: Death in the Family

DC’s animated movies that go direct to video have been pretty astute at sticking faithfully to the comics. Almost too faithfully. Batman: Death in the Family is an example less about bringing another adaptation to the table and more about bringing the comic book experience where the reader is in charge. It’s a gimmick of sorts that seems dated by home video standards and, well, there’s not a whole lot present here to be worthy of unearthing an old trend.

So a little backstory is required here. DC Comics was seeking to give readers an option of what was to be done with Batman’s sidekick. After the first Robin of Dick Grayson ditched Batman to become Nightwing, the new Robin of Jason Todd was proving not to be as likable. Todd talked back more and had a more arrogant streak. As a result of this, Robin was placed in a gruesome comic book where The Joker violently beat him. At the end of the comic book, there was an explosion and a choice for the readers. They could vote for Jason Todd to either live or die. And since this was back when death had more meaning in comic books, not to mention Todd was unpopular, the readers chose for the character to die.

Later, Jason Todd would return as a result of different dimensions and what-have-you. This continuing story was adapted into the 2010 Batman film, Under the Red Hood. As one of the earlier films in the DC animated movies, it was a pretty strong film that brought up the tough subject matter of justice. Todd would be reborn in this film from the resurrecting Lazarus Pits and would become the anti-hero, Red Hood. Seeking revenge, Red Hood set out to kill the Joker for his murders and it’s up to Batman to convince him otherwise. There was plenty of strong animation and action present to be both rousing and thought-provoking for a Batman movie.

So why am I talking about that film and not Death in the Family? Well, the title of Death in the Family is a bit of a trick because this is more or less Under the Red Hood redux. It’s the same film with additional scenes and viewers of the Bluray have the option to choose the outcome of certain scenes. Essentially, you can rewrite history and ask what would happen if Jason lived or Batman made a different decision. It’s an intriguing premise but let’s think about this for a minute. We’ve already seen the version of this story where Robin dies. So why not the one where he lives? With this structure, the film gives the illusion of being multiple movies when it’s essentially just the same movie with some deleted scenes thrown into the mix.

The film is even less impressive when you consider that the DVD and digital versions do not give you the option of interactivity. What you’ll get in this format instead is a 30-minute recap of Red Hood as told by Batman to Superman. The rest of the disc is just a selection of DC Showcase shorts, including the likes of Sgt Rock, Adam Strange, Phantom Stranger, and Death. These are all great shorts but they’ve been present alongside other DC Comics movies. So if you’re a regular viewer of these films, there’s little point in retreading so much.

This whole interactive video experience comes off more like a best-of video for those who never saw Under the Red Hood or the DC Showcase shorts. But all this film (or anthology or whatever) really made me feel was that I’d rather go back and watch Under the Red Hood in its full format without the recap method or animated short padding.