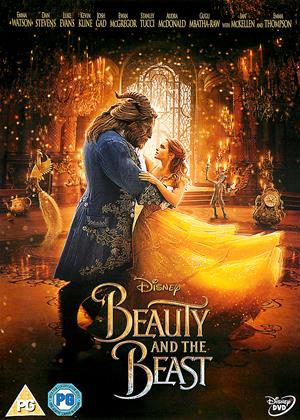 Reviews (10) of Beauty and the Beast

Good as the original - Beauty and the Beast review by NC

Amazing about done to keep the same characteristics as the original cartoon. Some of the re-males are really better now, like Mirror Mirror, Snow White and Huntsman, Maleficent etc.

not worth watching - Beauty and the Beast review by mw

very boring and not worth the effort, talking houshold object just tedious and silly. characters shallow. sets to clinical. nothing natural

A disappointing sequel, it lost the charm of the original. The plot was largely given away, spoiling the suspense. The characters were unremarkable lacking any magic quality. The sound track retained some of the original music, but was generally inferior, the additions being out of place.

Why remake? - Beauty and the Beast review by DB

Very disappointing indeed. Offered nothing new from the original animated film and was largely inferior. Emma Thompson as Mrs Potts was truly awful casting, sneaking into Dick van Dyke accent territory most of the time. The songs were not a patch on the original either, mostly ruined with sub-par performances. Don't bother with this, watch the original instead, a much more enjoyable and accomplished film.

Disappointing - Beauty and the Beast review by JA

A waste of the talents of the actors and the wonderful animators. Redundant, too, as the original animation was so wonderful. This film completely lacked charm and magic. Kevin Kline's is the only worthwhile characterisation.

Why, what was the point?! - Beauty and the Beast review by CS

I'm not quite sure what the whole purpose of re-making this as a live action movie was? It seems Disney have run out ideas and are simply re-hashing all their old storylines for each new generation. Bearing in mind of course that a lot of these stories are so old that they are actually now copyright free! I cannot stand warbelling, people screaming in high pitched voices, or the need to sing every spoken word and as such the soundtrack and songs in this new film are awful! Disney, back in the early days, used to be really good at giving us memorable songs, singalong, with a jaunty hook, but nowadays everything just has to be a warble or shrill scream, as in the absolutely awful Frozen! None of the characters can really sing and their vocal performances really let them down. Emma Watson is very average in this, I didn't feel a lot of emotion. I thought the Beast was far better looking as a Beast than a real man, but this film didn't really give us anything new. I still remember the original cartoon film very fondly and for me that's the classic and it actually has some decent songs too!

Give it a miss - Beauty and the Beast review by AR

I love the original Disney cartoon of Beauty and the Beast but thought I'd give this one a go. Really wish I hadn't bothered. Emma Watson is not a very good actress and portrays Belle as bland and boring. There are 2 things that make this film barely watchable. The actor that plays Gaston is fantastic and all the original songs are in the film. But if you want to watch an amazing film then hire the original and give this a miss.

The lovely Emma Watson - Beauty and the Beast review by PD

I very much enjoyed the film. Emma played her part beautifully, and the rest of the cast and all the special effects were most charming. However, I think Dan Stevens was miscast. When he was revealed as the prince I was very disappointed. It left a bad taste in the mouth. Of all the actors to have been picked for the role it shouldn't have been him, he looked so artificial and out of place. That's the only criticism I have.

Self-congratulatory, pompous and arrogant - Beauty and the Beast review by LD

Full of luvvies without humility. So utterly embarrassing and cringey that I turned it off.

WHY would she fall in love with someone who abducted and imprisoned her?!

I very much liked this film Version. It is not the best film ever,but nevertheless worthwhile watching

Beauty and the Beast review by Mark McPherson - Cinema Paradiso

Disney’s live-action stab at adapting the most classic of animated musicals comes off more as a misguided retread than a unique interpretation. The studio had previous success with their recent treatments of The Jungle Book and Pete’s Dragon heading off into fresh and interesting directions, but Bill Condon’s Beauty and the Beast makes a huge misfire of trying to be a faithful love letter to the original movie. And what little originality he does infuse to the movie is either an unneeded level of character depth or a miniscule addition to a strictly by-the-book adaptation.

Anyone who grew up with the movie knows this tale as old as time by heart. The intelligent Belle (Emma Watson) finds herself seeking more from life than just her simple town. The simplicity of the town seems even more believable in this live-action treatment that does away with most of excitement and detail of a morning filled with bustling citizens. This would be a more interesting angle for the film to take if it didn’t feature “This Prudential Life” played in the same upbeat and enthusiastic tone. Why not a more downer melody to sell the town’s boringness? It’s so odd to hear the same song from the animated classic given such a timid production where the actors are mostly milling about or taking it easy as opposed to brimming with life.

I know I shouldn’t be comparing this film to Disney’s animated classic because that’s unfair. That film is Disney’s best film from their golden era of early-90s resurgence that still holds up to this day. But if the Condon really didn’t want such an unfair comparison, he shouldn’t have gone through with such a redux. Am I supposed to marvel at how Belle now stands perfectly still after climbing a hill as opposed to strolling about with passion for nature? Is it supposed to be a draw that the same songs are present, despite not being sung as well? The biggest compliment I can give this production is that the costumes look accurate and flashy.

But once the plot shifts to the titular Beast (Dan Stevens), the cheapness of an off-Broadway play begins to set in. The Beast is a character I believe can only work well in animation and I use this film as my exhibit A. Just look at the goat-like appearance of this creature that looks far more skinny-buff than ferocious and intimidating. He’s an inconsistent creation of practical effects and computer graphics. Any scene where he is digitally animated, he’s running up walls and jumping from castle towers. But any scene where he’s walking Belle features him shuffling slowly as if he’s afraid he’s going to take a tumble under such a bulky costume.

But I could forgive all this, including the shockingly small ballroom where the chandelier is so low it could be touched with one jump, if there were a romantic edge to the relationship of Belle and the Beast. I wanted to feel something for their relationship, but Watson and Stevens feel held back in their performances. Watson seems underwhelmed by the Beast and his magical castle, not the least bit mesmerized by the servants putting on a dazzling show for dinner. She’s not even all that frightened of the Beast, stoic enough around him to sacrifice her freedom with relative ease. Stevens has an even tougher time emoting through the layers of makeup, making all his scenes come as more stiff than strong. There’s so much hair, teeth and horns slapped on his face and yet his body is devoid of enough hair to show off his muscles. He’s suitable enough for any girl to get the vapors and not nearly as terrifying as his animated counterpart.

I honestly cared less about their relationship and more about the side-arc of LeFou (Josh Gad) questioning his relationship as a yes-man for the buff and egotistical Gaston (Luke Evans). While this remake of such a throwaway character does add more personality and a new perspective, the rest of the additions to the picture add nothing. Belle appears to have a more pronounced love of reading and a keen sense of invention like her father, but this doesn’t pay off in the familiar story. Nor does Belle’s pathos for her mother that died of the plague or even Beast’s father succumbing to some illness. These scenes play as deleted material from the original film that should have remained on the cutting room floor.

The worst addition is by far the Beast’s magical atlas that can magically transport him anywhere in the world. Not only is this cheap plot device only used to visit Belle’s rundown old home in Paris, but also it destroys the loneliness and anti-social nature of the Beast. How pitiful could he be when he can literally travel anywhere on the planet for fun?

As much as I despised most of these changes, I will admit that this isn’t a complete waste of a production. Condon does his best to make everything look lavish and wondrous, as much as he can in live-action, and he does a solid job at replicating certain scenes from the animated film. But was this really an adaptation that needed to be made? After Disney has proven to be capable of better storytelling and special effects in The Jungle Book and Pete’s Dragon, Beauty and the Beast almost seems as though it’s a movie from another era. Sure, kids who have never seen the original film will probably find much to love from this version, but when they eventually discover the animated classic, I doubt they’ll be coming back to this lesser retread.