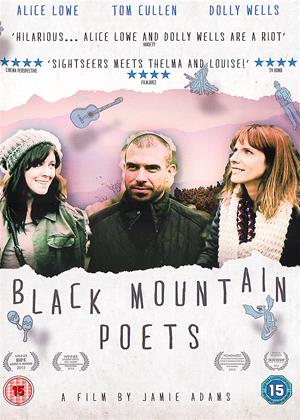 Synopsis:
Two professional con artist sisters Lisa and Claire go on the run after being caught trying to steal a JCB. They decide to lie low by assuming the identities of the owners of their escape vehicle and become The Wilding Sisters, guest stars of the Poet's Poetry Society retreat in the depths of the Black Mountains. Thinking this mil he an easy task, they don't count on the presence of handsome poet Richard and his jealous girlfriend Louise. Competing for a large cash prize, the two sisters are forced to confront not only their relationship but also their place in the world. Can they survive the competition and learn to appreciate the powerful beauty of the Black Mountains?
Actors:
Alice Lowe, Dolly Wells, Tom Cullen, Rosa Robson, Richard Elis, Laura Patch, Roger Evans, Ben McGregor, Hannah Daniel, Claire Cage, Clare Potter, Naomi Everson, Keiron Self, Sophie Morgan-Price, Luke Elliot Bridgeman, Josie Long
Directors:
Jamie Adams
Producers:
Jon Rennie, Jamie Adams
Writers:
Jamie Adams
Studio:
Metrodome
Genres:
British Films, Comedy, Romance
Countries:
UK

This film is clearly influenced by Mike Leigh's Nuts in May - it's shot in a naturalistic fashion and obviously improvised at parts (occasionally that means knowing glances between actors which remind me of stand-up and TV sketch-shows like French and Saunders).

But, after a patchy start when I thought the story would go nowhere, this develops into a study of female jealously really when a poet's on/off girlfriend arrives. The film has some great lines and scenes, and some funny parts, but is uneven. And can one ever believe 2 young women would live as con-women (or as they say 'con-persons') stealing cars etc?

This reminds me of why I avoid writers' retreats and don't get involved in the local Welshie poetry scene (dominated by the same elite - the 'crachach' in Welsh).

A silly ending (no spoilers), but that's OK.

The best thing about this film is the way it massively takes the mickey out of a pretentious poetry scene which fully deserves it. I really hate slam poetry evenings and performance poetry!

3.5 stars rounded down for the film's weak start and ending.

I really looked forward to this film, but when it came to it it was just unwatchable. The hand-held camera work was irritating, it just didn't flow, the plot was never believable, and I literally couldn't watch it. Thank goodness I wasn't watching in the cinema and could make good use of the fast forward button!

Should come with onions. - Black Mountain Poets review by JB

A complete load of old tripe. Far too long even when played at 64 times normal speed. A complete waste of time, money, and effort.