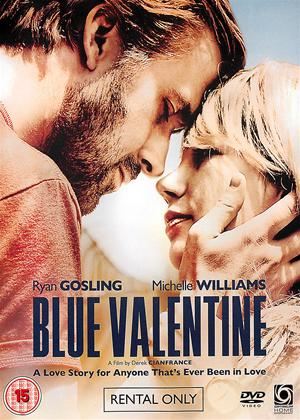 An ending always has a beginning.

In the film ‘Blue Valentine’, it shows both – the glee of feeling love and the insanity of falling apart. With director Derek Cianfrance, executive producers and lead actors Ryan Gosling and Michelle Williams worked together to tell the tale of Dean and Cindy, a young couple who are way in over their heads because of a thing called love.

The look and feel of ‘Blue Valentine’ is real and intimate. You get a sense that you’re outside looking in – with a camera. You’re pretty much pulled into the world of Dean and Cindy – a typical home life of a husband and wife with a little daughter. But beneath the mundane activities are Dean and Cindy’s genuine feelings about each other and themselves. They look like they’re not in a good place and you’re intrigued as to what issues are buried deep within them. Kudos to Ryan Gosling and Michelle Williams for playing them as human beings, not caricatures.

‘Blue Valentine’ has a script but Gosling and Williams improvised a lot. They work well together, you can see it on how they talk and hold one another. They’re a team and as much as you want them to sort things out, you also feel that they shouldn’t. That push-and-pull is a good storytelling style. In ‘Blue Valentine’, you sympathize for Dean (Gosling) and Cindy (Williams) in equal measure.

Since the film is considered ‘real’, expect nudity on both lead actors. For me, it does not intend to titillate; they are supposed to be a couple who happens to be also married who make love – it’s what they do. Those scenes may be cringe-worthy to some so for those who wince at scenes like this, take heed.

Relationships fall apart – it’s something that just happens. There are so many things that could cause it to disintegrate; sometimes they happen all at once that you get overwhelmed. You think love is easy but loving is hard – ‘Blue Valentine’ proves it. It’s quite refreshing to watch a movie start with love and be without a true happy ending.