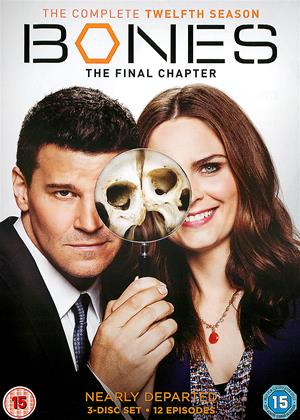 Bones: Series 12 is the final installment in the Kathy-Reich-inspired police procedural thriller that follows forensic anthropologist Temperance Brennan (played by Emily Deschanel), and boy does it deliver. The first episode is an action-packed extravaganza, made to be such without losing even the slightest of touches from its previous seasons. So, amidst the million police procedurals that have come and gone over the past several years (and decades), Bones remains a galvanizing pulp to be enjoyed even for those uninitiated into the writing of Kathy and is a thrilling joy that finally culminates in a bang.

The 12-th installment of Bones stars exactly where season 11 left off (thankfully, without any major time jumps or chasms), as we’re immediately thrown into a disarray of narrative convergence that ultimately surmounts to a reunion. Not your ordinary reunion however, as we see Zack (Eric Millegan) re-kindle his non-romantic relationship with Dr. Temperance Brennan (Emily Deschanel), and their characters clash in the most natural but unnerving of ways. In the end, it turns out that usual suspect Zack is in fact (ALERT OF SPOLER-ICAL NATURE) not the serial killer they’ve been looking for. This comes off as a tad bit frustrating at first, but that’s mainly because of the many expectations we’ve accrued during the years, and it has nothing to do with the writing of the series.

In all seriousness, Bones: Series 12 is a true equivalent of a book page-turner, and by being witty smart, we can call it a “nailbiter” henceforth. This installment is directed by Deschanel herself, and is filled with suspense and tension that easily morph into one another to create a wonderful merge of equal times tonal quality and film-noir grandeur. Although truth be told, her co-star David Boreanaz (playing the role of Seeley Booth in the series) was more fond of the latter in the finale of season 11.

Bones: Series 12 features an extraordinary chemistry between both the cast and the characters they portray, mainly due to the fact that the guest stars are as equally natural as the recurring cast. And as the series delves further, it becomes apparent that both long-time fans of Bones and recent initiates would be able to enjoy this instalment on an equal level (which kind of plateaus, then immediately takes off into what’s probably the best finales in a series of this genre for a long while).

Bottom line, Bones: Series 12 is riveting, charming, and a definitive pleasure all throughout. In fact, the final chapter offers plenty of thrills, action, mystery, and character conflict to keep you entertained, sad, happy, and kind of nostalgic in light of the series’ imminent end. But is it worth your time? The answer to that is a definitive and a resounding yes.