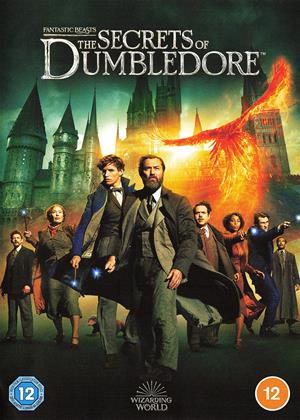 Reviews (1) of Fantastic Beasts: The Secrets of Dumbledore

I really liked it - Fantastic Beasts: The Secrets of Dumbledore review by TH

Seeing some of the mixed reviews I was a tad worried. However I found this a strong entry in the series. The cast all play their roles well and the criticism of not knowing who the main character is I feel is the films strength. Jude law as Dumbledore and Eddie Redmayne as Scamander are the focus point and Jude Law gives another great performance here. Mads Mikkelsen who takes over from Johnny Depp is a great replacement. He is more reserved but equally big presence as the villain of the film. He doesn't need to do much but like in Hannibal he just becomes creepy.

The Fantastic Beast films have conjured up a trilogy so confounding that it’s a struggle to keep track of all the events and characters, let alone care about them. It could’ve been such a simple Harry Potter spin-off of the cryptozoologist Newt Scamander (Eddie Redmayne) tracking down exotic and magical creatures. We still get that but with a ridiculous heap of convoluted lore surrounding key wizard characters, messy politics, and far too much going on to be mesmerized by anything going on in this bleak period-fantasy.

It doesn’t help that it’s been four years since the last Fantastic Beasts movie and having the lead villain of Grindelwald recast with Mads Mikkelsen. I’m aware that his ultimate goal is to destroy the world of Muggles (the wizard wording for non-magical humans) but his methods are so convoluted. His entire plan in the previous picture seemed to be arranging a meet-cute of the dangerous wizard boy Credence (Ezra Miller) and convincing a whole bunch of wizards to join him by showcasing the Holocaust. Rowling’s writing was terrible in that film and it hasn’t improved much in this third film.

Most of the characters meander around trying to seem useful in a plot about as needlessly complicated as Syriana. Newt is still searching for magical creatures and more or less helps with investigations. A blood pact delays Albus from engaging in battle with Grindelwald, meaning their opening meeting is more of an awkward dinner than a showdown. Councils are manipulated and some of the good wizards are mysteriously taken away amid the rising fascism of the wizarding world. Manipulations are made with magic, pacts are formed, necromancy is involved, and the 1930s political landscape becomes all the more chaotic with conflicting and uncertain forces.

This is such a strange movie for how seriously it takes the Wizarding World franchise and complicates to such a degree that only the most astute of Harry Potter fans will be able to make heads or tales of anything that transpires on screen. And yet it doesn’t even sync up all that well with the previous Harry Potter saga. Certain events and character interactions just don’t sync up and even contradict what transpires in the story of Potter. If you’re going to create a magical fantasy movie series that is so entrenched in its own swirling of characters and politics which will only appeal to devoted fans but can’t even keep the chronology straight, this is a franchise in trouble.

Personally, I couldn’t care less about continuity but I find so little else to care about in this slog of a film. What little magic there is comes devoid of whimsy, present as stuffy tools in political motivation and pest control. The settings are drab and lifeless. Visits to Berlin and Bhutan feel like depressing business trips. And what does all of this convoluted mess lead up to? Credence and Queenie turn against Grindelwald with Dumbledore breaking his pact and yet another stalemate forming.

The Secrets of Dumbledore was originally meant to be Part 3 of 5 in the Fantastic Beasts saga. But this film seems as though it will mark the end of Fantastic Beasts considering the terrible box office, Rowling’s transphobic tirades turning off fans, the headaches of recasting, and the criminal record of Ezra Miller which would’ve led to recasting him as well. Considering this series was edging closer and closer to being a Wizarding World take on the Holocaust, good riddance.