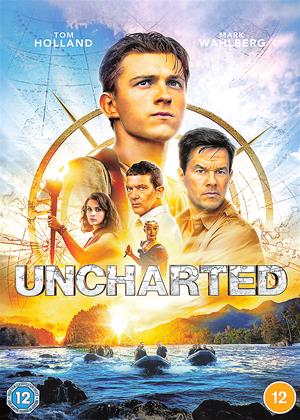 I am not familiar with the Uncharted video games. I’ve played the first game for a few minutes and got a general sense that it’s the best Indiana Jones game without being Indiana Jones. You play as the adventurer Nathan Drake, seeking fame and fortune across the globe while unearthing ancient artifacts. Fairly fun stuff from what I remember. It would probably fair well as a movie. Not a great movie but a movie nonetheless. Uncharted is the mundane truth about how such a movie would be approached. On the Playstation console, something like Uncharted seemed quite compelling and original on a technical and narrative level. As a movie, however, it’s in a very crowded market that is saturated, coming off more like a standard vehicle than a highlight of the genre.

A common complaint I’ve heard is that this movie will be terrible because the two leads don’t look the part. Nathan Drake has appeared in the games as a gruffer, dashing man in his 30s. So to have Tom Holland step into this role almost feels like a joke. This feels especially true when watching action sequences and banter of his character’s height being referenced and failing to deliver powerful kicks against towering goons. That’s probably disheartening for the fans but considering someone even blander like Chris Pine would’ve stepped into this role, Holland is a fine subversion.

He plays a bartender who is searching for the brother he hasn’t been able to find since his childhood. He dabbles in history and artifacts, often dispensing such knowledge while serving up drinks. Holland’s performance leave a bit to be desired the way he struggles to force out a New York accent, even more so than he does in his Spider-Man movies. Perhaps he’s too focused on getting the fight choreography right or making sure he mixes drinks skillfully. At any rate, so many of his moments at comedy and charm just fall flat.

Nathan meets up with Victor Sullivan, an adventurer and thief played surprisingly well by Mark Wahlberg. Perhaps it’s because Mark doesn’t struggle with his delivery when compared to Holland but he’s just more fun to watch with snide remarks and ease of backtalk while delivering smackdowns. He comes to Nathan with a chance to find some lost ships and gold. There are some artifacts to swipe, some greedy businessmen to foil, and some action to be had on this globe-trotting adventure. Also along for the ride is the trickster thief of Chloe Frazer, a predictable turncoat played by Sophia Ali.

In terms of villains, they’re quite standard. Antonio Banderas plays the greedy son of a wealthy family who seeks such a treasure to prove himself as being worthy of such a destiny. Banderas plays this character up without much surprise. It’s no wonder he has antagonist backup with the more intimidating force of Tati Gabrielle playing a mercenary who is handy with knives. Thankfully, Tati takes over but she’s only the better villain for having better style, fight scenes, and a vicious presence.

The action manages to be a bit more enduring than the chemistry between the characters which is nearly lifeless. There are so many moments when Holland and Wahlberg play off of each other for laughs and none of their comedic stabs ever pierce more than a half-smile, making the pausing for laughter moments all the more awkward. I was just about ready to write off the film as tedious until there were scenes of Holland solving a puzzle at a nightclub in a tomb and later fighting bad guys on airlifted ships of yore. These sequences are never eye-poppers but they’re compelling enough that it mildly entertains.

I’m sure the fans of the video game will gaze upon this typical blockbuster as one of the worst movies ever made for daring to cast big names in their precious franchise of a stock action hero. For everybody else, it will only be a fairly forgettable adventure film. Some thrills, sure, but also a lot of dead spots that will make such a picture pale in comparison to the Indiana Jones and National Treasure pictures.