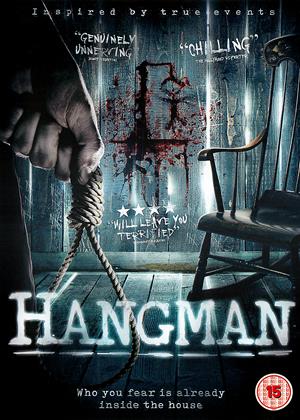 Synopsis:
When Aaron (Jeremy Sisto) and his wife Beth (Kate Ashfield) return home from a family holiday with their two children Marley and Max (Ryan Simpkins and Ty Simpkins), they discover that not only was their house broken into but the person had been living there, eating their food and sleeping in their beds. Shaken, they clean the house and make plans to install a security system. Distraught and traumatised, the family begins to notice odd occurrences around the house. The terror quickly escalates when they discover the intruder has been going through their personal items. Is this simply an after-effect from the crime, or is something else going on?
Actors:
Jeremy Sisto, Kate Ashfield, Ryan Simpkins, Ty Simpkins, Eric Michael Cole, Amy Smart, Ross Partridge, Ethan Harris-Riggs, Vincent Ventresca, Bruno Alexander, Erika Burke Rossa, Jamie Lee
Directors:
Adam Mason
Producers:
Simon Boyes, Mary Church, Adam Mason, Jeremy Sisto
Writers:
Simon Boyes, Adam Mason
Studio:
Signature Entertainment
Genres:
British Films, Drama, Horror, Thrillers
Countries:
UK

Director Adam Mason’s found-footage-type horror begins with the actions of a thief/stalker taking an unhealthy interest in a family returning from a holiday. Not only does he trace their return, but also gets to their home before they do, and sets up surveillance equipment so he can watch their every move.

This intro goes on for such a long time, I thought the whole film was going to be blurred, juddering close-ups so beloved by found-footage film makers. But persevere! Once the family (mum, dad and two youngsters) return, we only view them as the stalker views them. We watch them sleep, react and go about their daily chores. And without warning, we see the masked figure standing in the bedroom, silently witnessing their slumber, helping himself to their food. It is very effective: the dangerous, unstable visitor just moments away: the shadows in the background, watching everything. He gets more confident too as the film rolls along, like a fifth family member.

This isn’t without some high-scores on the Stupid counter, however, mainly Dad Aaron (Jeremy Sisko) and his initially cavalier attitude to events. And yet many enjoyable horror films rely on the flaws of the main characters to perpetuate the tension, and so I have a choice between overlooking this, or not allowing myself to enjoy ‘The Hangman’. And that would be a shame. Also, characters have done far more stupid things than this appealing, believable family. A word for the cast – Kate Ashfield as British wife Beth, Ryan and Ty Simpkins as kids Marley and Max – who are terrific throughout. Eric Michael Cole is also formidable as the titular bad boy.

This is a very slow-moving story much of the time. Some people don’t like that. But when the final act comes, it does not disappoint. And it shocks too.