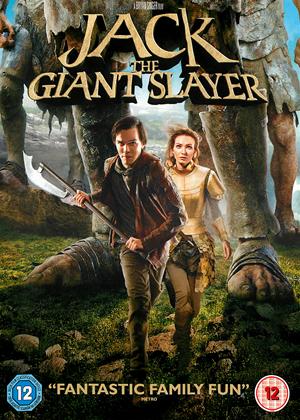 Based on myths and legends
30 films by cinemadiso

Reviews of Jack the Giant Slayer

Put off straight away by the appearance of Nicholas “I-want-to-punch-him-in-the-face” Hoult I had absolutely no intention of seeing Jack the Giant Slayer when I saw it was the Usual Suspects’ Bryan Singer at the directorial helm however I could not help but be drawn in.

One of the many darker and modernized fairytale films to be released in the last 18 months Jack the Giant Slayer is Jack and the Beanstalk for a young adult audience; a healthy dose of violence, some very impressive visual effects and a surprisingly thought provoking ending all help to bring this age old tale kicking, screaming, biting and stabbing into the 21st Century.

Hoult manages to sneak his way into my affections once more with his portrayal of a likeable but easily distracted farmhand who swaps his uncles horse and cart for magic beans, whilst the addition of Eleanor Tomlinson as the beautiful but feisty Princess Isabelle does well to draw in the female viewers.

The most overwhelming feature of the film is easily the visual effects, beginning with the suddenly sprouting beanstalk and following through with primitive and grotesque giants who tower above Hoult and McGregor (who plays Isabelle’s long suffering bodyguard), whilst the stabbing, slashing and squashing dolled out by both sides really brings Giant Slayer into the realms of epic fantasy. Scenes of death and destruction litter the runtime like bodies on a field of war (which incidentally much of this is) making this fairytale not one for bedtime stories or the very young. The tone, darkness and class brought to the piece by Singer manages to elevate this reworking above those of its other Hollywood counterparts (Snow White and the Huntsman acts as only one example) and leaves Jack the Giant Slayer a genuinely fun and wild adventure ride.