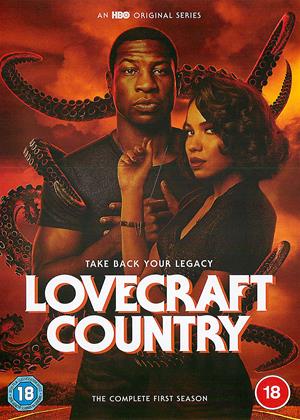 I really enjoyed the first few episodes and the last couple during which the story really moved at some pace but the middle episodes didn't seem interested in the plot and it meandered a bit. When it worked at showing the racial injustices, especially the episode in Tulsa, it was really effective and the mix of monsters & magic really worked. Can't be too critical of a series trying something different and some of the transformation effects in later episodes were brilliantly done. Well worth a watch if you like your horrors with a bit more drama & heart behind them.

OK so if you like scifi and fantasy you'll probably like this more than I ever will, but there are some serious dramatic flaws in this whole series.

Firstly, the characters - they are cartoon characters, two dimensional, and I care not about all but one (the Michael K Williams old drunk uncle/father). The sassy black woman is a stereotype of our age - how many times have we all seen that now? And the brave young black man ('Get Out' etc).

Secondly, one reason for this is the motivation of the film - as stated by the rather full of herself black female director on the last DVD extras. It is clear this was made to deliberately have a black only show promoting that (and no I shall not spell 'black' with a capital as on the subtitles). EVERY SINGLE WHITE person esp man in this film is shown as an idiot racist and a baddie. EVERY SINGL black person by contrast is good and angelic and if they are bad then that is because of white society.

This is racist. The only word for it. Can you imagine a TV drama series doing the equal and opposite? No. And words spouted such as 'whitey' and just plain racism. And this is NOT progress - it is very American race politics which is racist and not to be admired but condemned. I can only hope - perhaps vainly nin these BLM days - that we shall not get more of the same. Endless pity party TV dramas about racism (but only against black Americans eh? Imagine if someone made a film about a white suffering racism in the US or UK - which is common too: most racist bullying in London schools is now against white kids)

Apart from that, the whole thing is too silly for words. I am actually surprised members of the cast could keep a straight face at times when one listens to the dialogue they had to say. I was laughing out loud often!

Scary if you get scared by CGI monsters and thoughts of evil spirits etc. For me, often rather boring. Good music though.

Some good bits. Sad to hear Michael K Williams died of a drug overdose recently as he is by far the best thing in this.

2 stars. 1 for the CGI etc which has good featurettes on the final DVD.