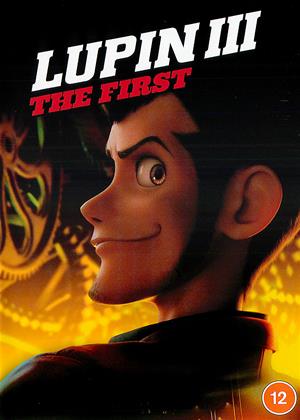 Reviews of Lupin III: The First

Lupin The Third always felt like an anime character who could only exist in traditional 2D animation. Having sprung off the pages of his comic book, itself a spiritual spin-off of sorts to the classic thief character, Lupin has become best-known in the anime world for his eccentric attitudes towards capers. He could dive out of clothes, escape any cuff, crack any safe, and would often turn into an exaggerated mess when around women. So you can understand my skepticism that such an animated icon making the transition to 3D. His live-action counterpart wasn’t very unique and attempts to replicate Lupin in video game CGI have been rather stiff. Yet this film manages to find a happy medium between realism and exaggeration.

Appearing in his classic red suit, Lupin appears in a story set sometime during the 1960s. His latest caper finds him trying to swipe a diary set to contain the mysteries of a powerful machine that can make unlimited energy. He teams up with the underdog archeologist of Laetitia who is also committed to unearthing the mystery of the diary. He’ll also have to evade a team of Nazis who are hoping to use the device for Hitler’s big return for another Third Reich. So, you know, standard Lupin adventure scenario.

Lupin’s personality is a bit more akin to how he acted during Castle of Cagliostro, inhabiting more of the gentlemen thief persona than the perverted playboy who swipes with brashness. His personality is enough to make one question why the Miyazaki era Green Jacket wasn’t favored. Thankfully, this version of the character works well for computer animation. His more grounded approach allows his expressions and stunts to come through with a certain sense of believability. He’ll still pull off all his old hallmarks of slipping out of his clothes and swimming through the air to defy gravity but does so sparingly in a manner that manages to be just over-the-top enough to buy in such a story.

His usual ensemble still has all their hallmarks as well. Jigen tries to keep his hat low, his goatee long, and his gunfire ridiculously precise. Goemon is still a master swordsman who delights in using his sword for clean cuts through cars and planes. Fujiko is still the seductress who uses her fluctuating loyalties and sexuality to weasel her way out of any situation. Inspector Zenigata is still a bumbler for trying to catch Lupin and a surprisingly stern law enforcer when handling kind women.

There’s certain controlled chaos to how Lupin’s world translates into computer animation. There are moments of great beauty in between all the scenes of toppling police cars, stumbling officers, and breaking of gravity. I must say that this style works for the rather down moments when Lupin and Laetitia have down moments of exposition to better reveal the mystery. These scenes, devoid of nearly all sexual intention or comedic exchanges, become more intriguing with the attention to detail, where even someone as cartoonish as Lupin has a swanky look to his suit and tie.

The adventure aspects feel par for the course but are still rather pleasing in their own right. The mysteries of a temple are clever and brilliantly tie into Lupin having a familiar tie to this adventure, albeit somewhat pushed in to give him some extra stakes. The twists and ruses are rather clever and the betrayals/cons mount quickly enough to keep the audiences excited enough and not guess so easily what will happen next. Even if you do, it’s still fun to watch Lupin make an exciting plan come together.

Lupin III: The First manages to make a solid transition to CGI. It may not be everybody’s Lupin but in terms of sticking to the essentials of what makes this long-running franchise a hoot, the team behind this feature has done well by the creation of the late Monkey Punch. Lupin will still continue to have adventures in 2D with a traditionally animated series but the 3D front is looking rather bright for more Lupin stories to enter into this medium.