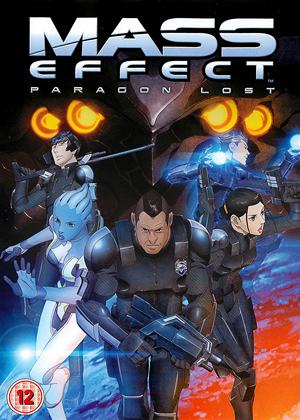 Following the popularity of the complex science fiction meets military videogame, Mass Effect; the team behind the game proceeded to make both on screen and computer game sequels, including a live action film released in 2010, not to mention a vast number of comic book and literary adaptations.

With the release of the third movie in the trilogy last year Japanese anime studio T.O Entertainment, who have also been responsible for the Dragon Age movies, and the game’s production company Bioware, have also released an animated piece that fits loosely into the existing storyline.

This time following Lt. James Vega, a secondary character in the game, Mass Effect: Paragon Lost is set before the second game and tells the story of Lt Vega’s involvement in the saving and protection of a human colony, living on Fehl Prime. First called to the colony in 2183 Vega and his team are dispatched against a rogue group of alien mercenaries; after the successful destruction of this group, known as the Blood Pack, Vega and his comrades remain on Fehl Prime and begin settling into lives as civilians. Some years later however Vega’s company must reconvene to investigate a disruption in communications – whilst away however the colony is once again attacked and without communication Vega and his small band of scientists and military are the only ones able to protect the helpless colony.

As one not familiar with the videogames I was not given much opportunity whilst watching the film to become interested in or engage with the characters, thankfully however the film makers must have taken such a possibility into account as they endeavoured to make their characters as accessible as possible, tailoring to the lowest common denominator and instead creating stereotypical, predictable and dull characters who every move could have been spotted a mile off.

A distinctly average piece that wanders drunkenly between an attempt to appeal to the widest audience possible and addressing those intimately familiar with the existing Bioware story, the film’s only saving grace is it’s downbeat ending that, if nothing else, makes a nice change from the usual Hollywood tripe in which the hero manages to save the day at the very last minute.