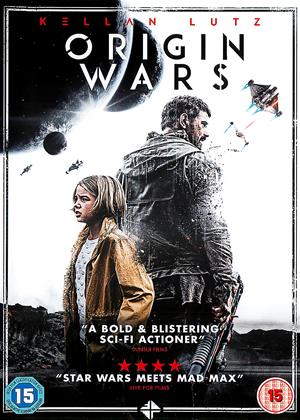 It’s a good story , interesting if you like SiFi kinda thing. The main actors are ok but most of the supporting actors are mid cast badly directed and hmmm unbelievable. We got halfway through and swapped films. Also, for some reason the hero’s haircut annoyed me. You know when you have a thing to go to and get your haircut for it, it was like that ! Just been cut. Trivial I know but there you go.

This movie pretty much recycles every science fiction plot under the sun, and then runs out of steam or cash at the end leaving the viewer with a few fragmentary clues about what happened to some characters that you don't really care about anyway.

There's some interesting effects, and the story does get off to a good start - but after the first third, it just loses its way and becomes a fairly hackneyed cliché.

Yes, I can see some kid who hasn't seen a lot of science fiction enjoying this, but to seasoned veterans this does not bring anything new to the pot.

A dull rehash of things that were OK in other SF movies, I wish I hadn't bothered with it.

Lots of violence, of course. That's very easy to do.

Divided into seven chapters, this jigsaw puzzle of a movie mixes plotlines and timelines and digresses into the lives of minor characters. All of which adds up to a bona fide indie sci-fi ride with much to admire. Goodies, baddies and creatures battle it out on a well-realised rocky planet. Despite some wordy interludes there’s plenty of action utilising some fun cgi and you’ll want to stick with it until the picaresque ending to see where it’s heading.

The DVD extras include an interesting interview with writer/director Shane Abbess, who describes how he wanted to take the audience on a voyage of discovery in both plot and character. He’s succeeded.

Strange Prison Planet Story, not at all bad except for the Creature Effects .

Thankfully NOT Hideous CGI ,but something rather akin to Jim Hensons Dark Crystal Baddies.

Prisoners being Experimented on to make the Ultimate Killing Machine to clear New Planets of Resident Lifeforms leaving them Barren for Human Colonization........That Ultimate Killer being a Skeksis type Hand Puppet Creature apparently ? who knew ?

Other than this, its not a bad Sci-fi movie. all other effects ,Ships,Space stations etc...were rather high end and the acting not at all bad .