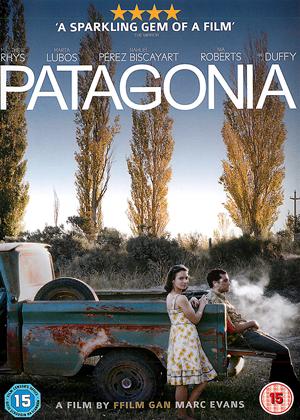 Synopsis:
Patagonia explores the parallel journeys of two women at very different stages of their lives. Cutting between their stories, in which one travels South to North through the Welsh springtime and the other East to West through the Argentine autumn, Patagonia is a film of intimate moments that play out against sweeping panoramic landscapes. Incorporating the culture and countryside of both Wales and Patagonia, the film is complemented by a hauntingly beautiful soundtrack, including songs from Duffy. A road movie for romantics, Patagonia is at its heart a love story, a woman's love for her roots and a young couple finding out if they are supposed to be together.
Actors:
Matthew Rhys, Marta Lubos, Nahuel Pérez Biscayart, Nia Roberts, Matthew Gravelle, Rhys Parry Jones, Duffy, Sarita Roccato, Claudia Cantero, Ricardo Williams, Rhodri Meilir, Ri Richards, Ellen Salisbury, Gabriela Ferrero, Gillermina Buckle, Zacarias Abraham, Miriam Johnson, Sue Roderick, Marco Antonio Caponi, Marcin Kwasny
Directors:
Marc Evans
Producers:
Flora Fernandez-Marengo, Rebekah Gilbertson
Narrated By:
Phylip Hughes
Writers:
Laurence Coriat, Marc Evans
Studio:
Verve Pictures
Genres:
Drama

Nice scenery, shame about the script - Patagonia review by PV

It's good to see a film in Welsh - partly - and which shows the wonderful scenery of Wales. Unfortunately, this is a typical state-funded film that looks like it's been created by committee. All the social issues are ticked. Moreover, it is achingly predictable and very slow too. And the ending - (won't spoil it) - is just ridicuolus - can screenwriters not learn some law? There are more holes in this that Swiss cheese - the biggest being that the old woman could havem through her young pretty teenboy neighbour, have found out all about Wales using the internet without ever leaving Argentina! And Duffy in this is really Duff - and I hadn't realised until the close-ups lingering on her face just how ugly she is. What a pug!

Two stars for the fact it's an unusual film and the scenery. The story would have been better left unwritten though - but then, this is the type of rubbish state-funded projects often spew out. Slow, dull, unrealistic and, frankly, amateur.

Gwych - Patagonia review by RE

Love this film, great to have films with different languages, this one in Spanish (Argentina/Patagonia), Welsh and a spattering of English too. All adds to the authentic feel. Fantastic cinematography in both Patagonia and Wales. Simple, funny, dramatic and just a pleasure to watch. Yes somewhat predictable but just a lovely film. Perfect Sunday afternoon on a rainy day viewing.

In writer-director Marc Evans’ film ‘Patagonia’, he tells the stories of people going in and out of where else, Patagonia, a region located in Argentina and Chile. If you didn’t know, in 1865 thousands of Welsh migrated and settled in Patagonia and as such, the film follows characters with Welsh roots.

First, photographer Rhys (Matthew Gravelle) and Gwen (Nia Roberts) who travel to Patagonia for a photo assignment. While there, the couple’s relationship is being tested; should they marry or not even when they can’t conceive? While they traverse the idyllic locations, their local Patagonian tour guide Mateo (Matthew Rhys) has instant chemistry with Gwen. Then we have Cerys (Marta Lubos), an old woman who is longing to return to Wales to rediscover her Welsh ancestry. She tricks his juvenile neighbor Alejandro (Nahuel Pérez Biscayart) to accompany her. When the unlikely pair arrive in Wales, Alejandro meets Sissy (singer Duffy in her first film role), a flighty yet charming woman whom he falls in love with. Such is the quiet and introspective film ‘Patagonia’.

‘Patagonia’ is actually two road trips movie in one. It could have been two different movies entirely, but since it’s been combined it’s subject to comparison. The stronger story is about the eventual love triangle between Matthew Gravelle, Nia Roberts, and Matthew Rhys. Not only do they flesh out the tenderness and intricacies of couple-hood, they also manage to make a travel reel for Patagonia itself. Kudos to cinematographer Robbie Ryan; his lush projections of the pampas and desert (even the waterways of Wales in the other parallel road trip story) are incredibly picturesque. Ryan’s last project was the quaintly-shot film ‘Fish Tank’ directed by Andrea Arnold.

As for the Wales segment of ‘Patagonia’, Marta Lubos and Nahuel Pérez Biscayart try do an endearing version of ‘Harold and Maude’ or Carl and Russell from ‘Up’, but from the moment they reach Wales they lead separate journeys. Lubos is about learning more of her self while Perez Biscayart is young love.

‘Patagonia’ is a lovely film but its running time is too long for saying too little.