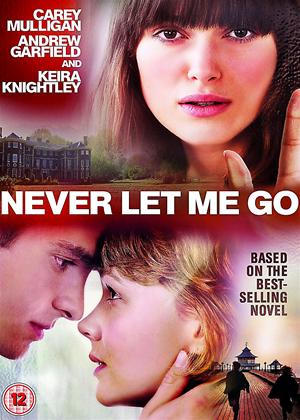 Reviews (2) of Never Let Me Go

After watching this I felt contradictory emotions: happy yet sad, angry yet somehow fulfilled. It's a moving (and slow moving), poignant, disturbing film about human mortality. It's beautifully photographed in muted tones which give it a 'period' feel. And it is indeed set in a particular 'period' – a sort of parallel world where humans have been cloned and used for life-saving organ donation from the 1950s through to the late 1990s. So it's a science fiction film, then? No, not at all – it does not intrude. The following description does not really contain spoilers – the basic premise is stated in the first few minutes of the film. It centres on the lives of three children as they grow into adulthood, a maturity that will never be reached as they are clones, destined to be harvested for their organs. They lives are circumscribed by routines, designed to accustom them to their predetermined role in live. Part of the underlying question is: are they human? And the answer is most definitely Yes, as we see the three at school (a very English boarding school), at play, in love, in search of their Original, in search of a future, yet knowing and strangely accepting of their intended fate. The film includes big-name actress Kiera Knightley, but the stand-out central role (Kathy) is played by Carey Mulligan in a superb performance. I saw her in 'An Education' for which she was nominated for an Oscar and won a 2010 BAFTA 'Best Actress' award and she is again excellent here. But I suspect that this is one of those films that you will either love or hate – me, I loved it and rate it 5/5 stars. Highly recommended.

Even better than the book and that's something I don't usually say. Haunting, beautifully filmed and acted and absolutely heartbreaking.

Based on the novel by Kazuo Ishiguro of the same name,‘Never Let Me Go’ is the second feature film of director Mark Romanek (‘One Hour Photo’), who was famous for working on music videos. This time, he takes on the subtlety of Ishiguro’s novel, about a group of children from a school called Hailsham and their inevitable future as adults.

Lush, quiet, and intense – that’s what director Mark Romanek is quite good at. Half of the film is set in Hailsham, an English boarding school, and you get the sense of safety within its confines but also a gut feel for something that’s not right. The young actors cast as the young versions of Kathy H, Ruth, and Tommy are spot-on. Their awe foreshadows their future selves’ equally stronger curiosity. Supporting cast includes Sally Hawkins and Charlotte Rampling as Hailsham teachers, acting with authority and at the same time restraint. They are the secret keepers of what Hailsham is all about and why the kids ‘study’ there, after all.

‘Never Let Me Go’ utilizes its main cast: Keira Knightley, Carey Mulligan, and Andrew Garfield – all young stars but with the confidence of experienced actors, their chemistry and conflict as the troubled and searching trio make for quiet and extreme drama. Knightley downplays the meanness, Mulligan portrays the weak but strong resolve, and Garfield exudes the fragility (an offshoot of his acting in ‘Boy A’.)

I have read the novel before seeing ‘Never Let Me Go’ so I was not surprised at what it’s about and what it wants to say. For me it’s a study of one’s existence. Quite philosophical sure, but really, it’s a film that’s thought-provoking, that lets you decide on the value of human life. Questions will be raised. Answers will be given albeit unsatisfactorily. Yet what happens in the lives of Kathy H. (Mulligan), Ruth (Knightley), and Tommy (Garfield) – before and after Hailsham – will always be cloaked in mystery. You may want to grab a copy of Kazuo Ishiguro’s novel for more clarity. It might help you in some way.