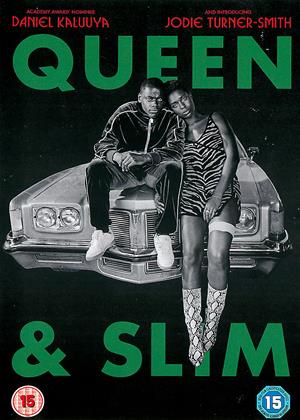 Synopsis:
While on a forgettable first date together in Ohio, a black man (Daniel Kaluuya) and a black woman (Jodie Turner-Smith), are pulled over for a minor traffic infraction. The situation escalates, with sudden and tragic results, when the man kills the police officer in self-defense. Terrified and in fear for their lives, the man, a retail employee, and the woman, a criminal defense lawyer, are forced to go on the run. But the incident is captured on video and goes viral, and the couple unwittingly become a symbol of trauma, terror, grief and pain for people across the country.
As they drive, these two unlikely fugitives will discover themselves and each other in the most dire and desperate of circumstances and will forge a deep and powerful love that will reveal their shared humanity and shape the rest of their lives.
Actors:
Daniel Kaluuya, Jodie Turner-Smith, Bokeem Woodbine, Chloë Sevigny, Flea, Sturgill Simpson, Indya Moore, Benito Martinez, Jahi Di'Allo Winston, Gralen Bryant Banks, Dickson Obahor, Bryant Tardy, Thom Gossom Jr., Melanie Halfkenny, Brian Thornton, Joseph Poliquin, Little Freddie King, Karen Kaia Livers, Bertrand E. Boyd II, Gregory Keith Grainger
Directors:
Melina Matsoukas
Producers:
Pamela Abdy, Andrew Coles, James Frey, Michelle Knudsen, Melina Matsoukas, Lena Waithe, Brad Weston
Writers:
Lena Waithe, James Frey
Aka:
Queen & Slim
Studio:
Universal Pictures
Genres:
Action & Adventure, Drama, Romance, Thrillers

Reviews (4) of Queen and Slim

Relevant and thrilling - Queen and Slim review by JB

I'm writing this a few weeks after the death of George Floyd and the reignition of the BLM movement; something that becomes increasingly relevant throughout this deeply affecting and horribly watchable movie that takes a cue from Bonnie and Clyde but is ultimately unique and utterly, sadly, modern. If this movie came out just a few months later, it would have, I'm sure, received the attention it deserved.

Queen (Jodie Turner-Smith) and Slim (Daniel Kaluuya) have a first date never to forget, after they get stopped by a police officer on the way back from the diner. Due to a series of misunderstandings, triggered by the officer's racist hostility, Queen and Slim flee from the scene after shooting the officer dead with his own gun. The chase between the law and the almost-couple is on, with the pair becoming outlaw heroes. But do they want to be?

Writer Lena Waithe combines thriller, romance and social commentary equally and consistently throughout and it's delivered with urgency by director Melina Matsoukas. The performance by Daniel Kaluuya is right on the money. Has he got the most expressive eyes in contemporary cinema? Probably, right? Lesser known (for now), but also excellent is Jodie Turner Smith. She has a piercing intelligence that grounds the movie and brings out the pain and anger in the script.

It's a real journey of a movie that ends in a situation that shouldn't really ever happen. Racism will, I hope, one day die. But Queen and Slim - the movie and the spirit of the characters - will live forever.

This is a compelling and prescient drama with a lot to say. Brutal & tense, lyrical, passionate, witty and playful by turns, it hits home to head and heart. A four day road trip from Ohio to the Gulf which you know is not going to end well, this story is as compelling and complex as a Shakespearean tragedy and worth it for the necessary catharsis it generates. At long long last the mainstream is making way for BAME voices and the wealth of talent both in front and behind the camera is self evident in this ground breaking movie. If it had been released this year, in the wake of the George Floyd killing in Minnneapolis, 'Queen & Slim' would surely have been a serious contender for a handful of Oscars.

It is understandable that this excellently cast and well-acted film should receive a lot of attention in the wake of the BLM movement but its important subject matter should not disguise the benefits that would have been gained by shortening its length and tightening up the narrative development. There are too many detours and the tension is allowed to dissipate accordingly too frequently in the run up to the dramatic ending. High expectations, but disappointing.

A really charming and entertaining lovers on the run road movie that is a real surprise. Daniel Kaluuya (in another arresting performance) is Earl, a law abiding, God fearing young man who goes on a first date with Angela (Jodie Turner-Smith, a rising star I have no doubt), she's a criminal lawyer and sharply intelligent. The date goes badly and it seems a second is unlikely but then on their way to dropping her at home they are pulled over by a cop, who gets angry, pulls his gun and events take a dramatic turn forcing the two to go on the run. There's elements of Bonnie & Clyde (1967) and even Thelma and Louise (1991) in the plot and the romance that develops as the two try to steer their way to freedom is touching and clever. Of course the drama, which adds lovely doses of good humour, has the tension it seeks with the pair accused of a crime in a racially divided America struggling to escape. Whilst the film is slightly long this doesn't detract as the story keeps you hooked throughout with its emotional honesty and suspense. A film well worth checking out, you will be pleasantly surprised at how good it is.