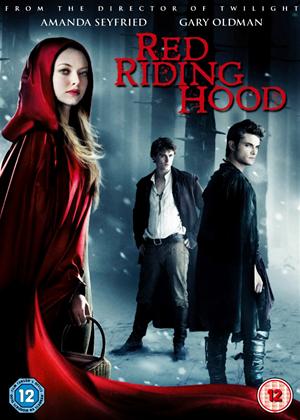 After making such an interesting job of the first Twilight film, Catherine Hardwicke left because of creative differences, leaving the remainder of the saga to sink to the level of Hunger Games teenage pap. Instead she turned to Red Riding Hood to repeat her success, but with mixed results.

The forested mountain environment is as prettily filmed as in Twilight but the story is over-familiar and the performances under-powered. With a plot of two soppy teenage boys both in love with Red, it’s Twilight light. There’s a cartoonish big bad wolf lurking in the woods, but it could really do with a vampire to spice up proceedings. Wolf-killing priest Gary Oldman arrives to add a bit of gravitas and Julie Christie plays the glamorous granny, but even with a wist ending it’s impossible to shake off the so-what silliness of the whole enterprise.

One star for its smoothly filmed picturesque settings plus an extra one for some interesting soundtrack choices (e.g. Fever Ray). If you really want to see a gripping and haunting modern fairy tale, check out Hansel and Gretel, the stunning 2007 South Korean film directed by Pil-Sung Yim.

‘Red Riding Hood’ directed by Catherine Hardwicke is a fantasy film based on the old folk tale of the same name. The movie follows Valerie (Amanda Seyfried), a young woman living in a village along with her parents. When she is about to elope, she learns the death of her sister Lucy in the hands of a werewolf that is threatening the village. The movie follows Valerie’s quest in finding the real person who turns into a werewolf.

The story is very loosely based on the old folk tale of Red Riding Hood. The mystery and suspense is clearly maintained throughout the film. The emotions of the lead characters are well portrayed throughout this movie. Despite this, the film suffers due to various flaws that can be found throughout the film. The screenplay is pretty weak and it doesn’t keep you interested. Some of the sub plots like Suzette’s affair with Adrian is quite not necessary for this kind of a story.

The CGI graphics for the werewolf fighting sequences are good. The movie share the same idea of ‘The Village’ in which all the villagers are threatened by an unknown creature in the woods. However, the narration is not done to the required extent. The movie mainly relies on the character Valerie played by Amanda Seyfried. However, her expressions don’t help the movie get any better.

It can be seen clearly that this movie is targeted at ‘Twilight’ fans. Considering the fact it is directed by the same director, the movie suffers from various clichés. Too many things have been tried in this movie but none of them lives up to the expectations.