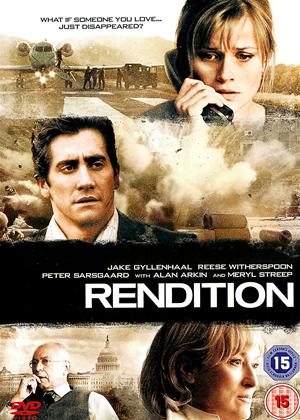 very good vision of the troubled ways that devide the west/middle eastern regions, well told tale good acting and inpressive stroy interwoven nicely,if a bit confusing at times,but comes toghter well.worth the rent and a filmthat leaves you thinking at least, who is right?wrong?

Having only heard the term "rendition " on the news in recent years, this was a graphic demonstration of how easily a respectable citizen can have his credibility stripped away, if that is what the authorities want. It is a shocking reminder of US policy to send suspects, however flimsy the evidence, to countries which are less scrupulous. In this case I certainly believed the subject of rendition was innocent, but if information which prevented the death of one of my family was obtained in this way, would I still condemn it?

The two others who watched this had very different opinions (1 and 5 stars ratings). For me the two gripping processes were firstly whether the suspect was guilty or not. The second was about torture as a means of extracting information by developed countries. How it happens, how it is concealed and speculating how commonly it is performed.

The film puts clear perspective onto the context of such a situation and subtly influences the viewer to change their opinion on the issues. Meryl Streep plays a very hard character who shows the perspective of a necessary evil. An excellent drama with a very well delivered message.

There's a kind of semi-spoiler in this review: its vague enough not to matter, but it doesn't affect your enjoyment of the film, it may even increase it.

The film mostly got a balance between the responding to the threat of terrorism, and maintaining the West's belief in universal human rights. At one point it was thrown in as an established fact that interrogation by torture never delivers any information of value. That is more of an attractive and heart warming Western concept than an established fact. The acting and scenes were mostly very well done - altho I did think that the CIA director (Meryl Streep) would not be tempted to engage in a loose conversation with a stranger, just because the latter piqued her sense of morality - but it was necessary for the plot to move forward at that point. If you like movies like Black Hawk Down, Zero Dark Thirty, or the Hurt Locker, this will be right up your street.

The annoying part is the ending. At this point it becomes clear that the 2 different storylines, that we thought were unfolding at the same time, were actually separated by one week. So basically, you've spent 90 minutes getting into a story which is not the real story. Why do they do this? I speculate that the director wanted to make you feel the same sense of bewilderment, confusion, frustration, helplessness and unfairness that an innocent victim of rendition feels because the things happening to him just don't add up.

Brilliant, it worked! It did feel all 5 of those irritating feelings. However, it wasn't how I'd planned to spend my Friday evening, and honestly speaking, I don't see how this deception added to the power of the plot.

If the director hadn't tried to be such a smart arse, I could have given it 5 stars.