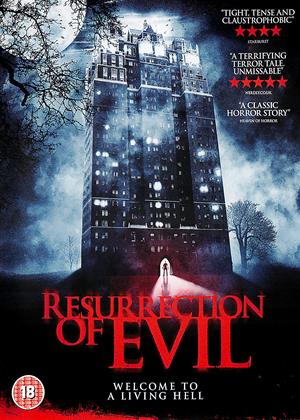 Synopsis:
Welcome to Havenhurst, a turn-of-the-century gothic apartment complex in the heart of New York City with one rule: live a good and decent life and you can stay for as long as you like. Break this rule and face eviction - and never be seen or heard from again. When Jackie Sullivan (Julie Benz) is released from rehab, she moves into Havenhurst to start a new life. Guilt-ridden over the tragic loss of her daughter, Jackie is quickly drawn into the mysteries of the building, in particular the unsolved disappearance of a previous occupant. Aided by a hardened police detective, Jackie must not only battle her inner demons but the very real ones that live deep within the walls of her new home.
Actors:
Julie Benz, Fionnula Flanagan, Belle Shouse, Josh Stamberg, Danielle Harris, Dendrie Taylor, Toby Huss, Douglas Tait, Matt Lasky, Jennifer Blanc-Biehn, Brian Howe, Currie Graham, Deep Rai, Carrie Armstrong, Natasha Goss, Eric Heister, Gwen Holloway, Jennifer Lafleur, Theresa Laib, Matt O'Neill
Directors:
Andrew C. Erin
Producers:
Andrew C. Erin, Tosca Musk, Jina Panebianco
Writers:
Andrew C. Erin, Daniel Farrands
Aka:
Havenhurst
Studio:
Thunderbird Releasing
Genres:
Horror, Thrillers

Reviews (1) of Resurrection of Evil

Title is really silly and should be changed really. it has nothing much to do with what goes on .

For years I have thought it strange no one had ever made a movie about one of Americas Original Serial Killers,H H Holmes, and his Intricately put together box of tricks ,built in sliding panels ,moving walls,trap doors and gas chambers,his self built Hotel of Death.

It seemed a story ripe for the picking. The Chicago version of Jack the Ripper from the late Victorian era. Killing many more than Jack ever did yet somehow forgotten to much of the world.Skeletons of his victims sat in medical schools all over the states .

Finally a movie ,but sadly not the Treasure it could have been . it only really skims the original story as back history and builds a modern nonsense upon it .but at least its finally made it to screen.

Could have been much ,much better and more unusual but sadly we are given a bog standard slasher style movie in an apartment block instead.

Entertaining none the less. Grizzly , Gorey and somewhat Suspenseful. well worth a watch or two.