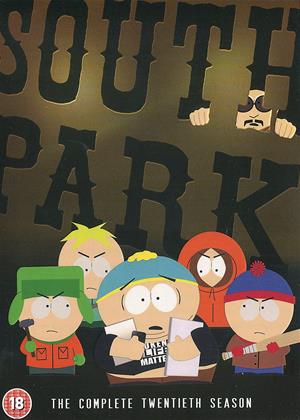 Debuting in 2016, the 20th season of South Park not only marked a milestone in the network’s longest-running program but a troubling time amid the Presidential Election. There were issues of online trolling, feminism, and, yes, even the election. While the serialization format offers up a unique change of pace from the usual South Park style, choosing to better embrace aspects of trolling and the election past one-off episode punchlines, it’s also a bit concerning that these aspects won’t last for a show in such a rush of production and writing flux. This is especially true when considering the final episode of the season is entitled “The End of Seralization as We Know It.”

Still, some story choices are unique. The developing relationship between Cartman and Heidi is a unique one considering they initially connect over their detachment from social media and harbor fears about how they’ll proceed with their history online. The portrayal of Gerald, Kyle’s father, as an online troll is unique angle considering he’s mildly unsuspecting and thus ripe for a hidden sinister nature that hides behind a keyboard. Using Mr. Garrison, the former South Park teacher, as a stand-in for Donald Trump is astute casting considering Garrison has been the more incendiary and openly biggotted of all the adult characters.

The initial perceptions from building up Garrison as Trump, however, may lead one to believe that the season was thrown off course by the election resulting in Trump being the winner. Garrison is posed as someone intentionally trying to lose the election with his awful remarks, framed as being someone who doesn’t know what he is doing. This may lead one to believe that the creators had their plans derailed when Trump won, considering the episode of his victory was titled “Oh, Jeez.” But this is how South Park has always function. They always take episodes as they come to them during the season and writing them within the span of a week. There may have been a tertiary idea of where to go next had Hillary one but nothing was initially set in stone for this season, despite what the serialization may lead one to believe about the writing.

There’s at least a twinge of the more insightful the way Garrison’s campaign becomes a component of the addition of Member Berries, magical fruit that feeds into the nostalgic twinge that comforts others. This is not a new type of gag, which I realize carries an irony all its own, but it does what South Park mostly does best by placing a goofy meme atop a current event. But as with most South Park antics, it’s doomed to age as poorly as their previous seasons in their referential nature, likely to become an avatar of the South Park devout more iconic of the fandom than the premise. The Member Berries are soon to be using Member Berries mumblings as some sort of nostalgia paradox.

By the end of the season, of a lot of insight and serial staging lose their kick for how long they linger. Cartman’s ultimate plan of trying to sweep away a troll targeting system to clear his name with Heidi comes about as expected, as does its parallel with Gerald’s online trolling. But it’s paired up with a Space X satirization that arrives too late in the season with coupling plotlines to be anything more than a mere reference, akin to the way The Simpsons assembles their timid tickling of pop culture. How strange to find such placid platitudes in a show that once mocked The Simpsons. Remember that episode? There’s a Member Berries bit for ya.