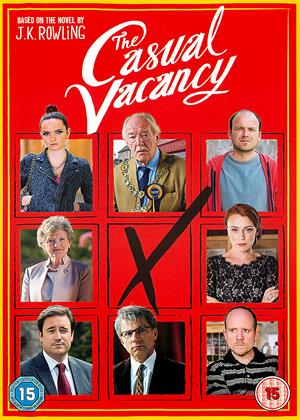 Reviews (1) of The Casual Vacancy

The first thing to say is that a book like this would never have been turned into a TV drama were not the Potter queen JK Rowling the author.

The second thing, is that this is really unoriginal stuff - like Midsomer murders crossed with the Vicar of Dibley crossed with all those thrillers/horror movies where a seemingly 'normal' community has hidden secrets and nasties underneath the Potemkin village exterior. But hey, it allows a writer to explore lots of characters and weave the threads of their stories together.

One thing I hated about this drama was its political correctness. Not sure if the book has these characters, but the parachuted in tocken black family got on my nerves as it was so unlikely - pretty black girls do not, in general, go out with pizza-faced ginger boys.

There was also clearly a feminist agenda: according to this all the women are poor wickle innocent victims of the nasty men who live in the village. That in itself is sexist - and infantilising women. Women are grown-ups and make their own decisions and THEY should be blamed if they mess up, not their husbands or boyfriends. That annoyed me but its become orthodox dramatic trope on all BBC dramas I notice (men in dramas are either buffoons or disgusting evil villains). Cartoon character stuff - which any amateur writer would make up. One expects more from JK Rowling. I can tell it's been adapted and written by women, though. Bashing men seems their objective here sometimes.

I would have given it 2 stars BUT there are a couple of superb characters - the brother of the Barry character who bullies his family and sons mercilessly. Plus the snide Julie Mackenzie character (though a shame about the ending). A good cast too and all fairly pleasant.

BUT more full of plot holes than a Swiss cheese. NOTE: if you email people abuse the police will knock on your door as they can easily find out who is sending emails and where from.