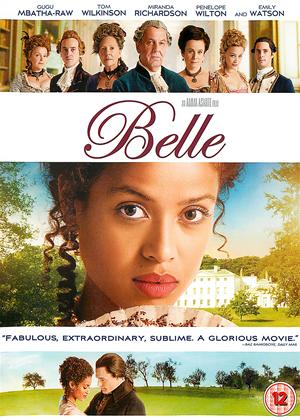 It's yet another romantic costume drama. Err, that's it.

It isn't a 'true story'. The leading characters are indeed based on actual individuals and the legal case was an actual one, but the film is well out of sync with accurate historical detail and the timeline of events is also incorrect. For more info, search Wikipedia for "Dido Elizabeth Belle" and "Zong massacre" [Aside: Yes, I know that Wikipedia isn't always accurate...]

Does it matter if it's not historically accurate? Not really, if you're looking for entertainment. But don't be fooled into thinking that modern views on racism were common in the 18th century - they weren't.

The film is well photographed, well directed and has an excellent central performance by Gugu Mbatha-Raw as Dido - but that's not enough too raise it above many other similar period dramas. I enjoyed it but found it somewhat insipid - it really needed more 'bite'.

Interesting study of social issues around the times of slavery. Good story and acting. Worth a look.

Mediocre/boring - Belle review by BE

Wide eyed rabbit stares, lavish attire, stately shuffles and everything dust free does not make a good movie. Loosely based on fact is it? It didn't enthuse me in the slightest.

Nothing remarkable about any aspect of this. If you've read the synopsis you've seen the movie. You'll like it if you like Downton Abbey. Slow, gentle, unoffensive.

It’s always quite jarring to watch a film thats main premise is the immorality of racism in today’s world as while it is idiotic to think that the problem has been solved, it is an issue that has seen considerable change over a very short period of time. Belle however uses its period setting to make the subject relevant again while also detracting from the films main draw, a heartfelt romance that is eclipsed by an overly sappy viewpoint and historical story that never quite grips in the way it should.

Belle follows Belle (Gugu Mbatha-Raw), a mixed race daughter of an English gentleman who is taken to a prestigious English home to be raised by Lord Mansfield (Tom Wilkinson). However her life will never be like that of a normal daughter as she is subject to racial injustice as she contemplates a life where she may never meet someone who sees her as more than a cash cow. However when idealistic lawyer John Davinier (Sam Reid) turns his attention to the beautiful woman her life takes a different turn.

While the film has some interesting views on slavery and smartly discusses it from a legal standpoint instead of a moral one the film can’t help but provide judgement on a time long since gone forcing its viewpoint upon you as if you don’t know that racism is wrong, essentially treating viewers like children and/or idiots. Wilkinson adds credence to the plotline but it never quite feels fully formed as it reaches for grand gestures instead of small movements much like the one the film is based around. Sure the films tale is a turning point in British slavery but in reality its effects didn’t have the epic point the film seems to suggest.

While Mbatha-Raw is excellent as the titular Belle and Reid makes a good case for his entrance into Hollywood pictures alongside Raw it’s hard to get invested in their relationship as it is hidden behind conventions and politics. However the film ends with a spectacular final act that justifies the slow moving elements that start the film. Supporting performances by Miranda Richardson and Sarah Gadon are equally impressive but the real standout is Emily Watson who after The Book Thief has proved she is versatile enough to fit into any role as she plays the realist wife of Lord Mansfield and elevates her tame scenes to a kind of high art.

All in all this is a well written feature that has its flaws but still manages to pull at heartstrings, discuss an interesting historical time (at least partially) and show us that there are still British performers Hollywood has yet to take seriously, something that must be rectified. However the film also reaffirms in my mind why Tom Felton should never belong on screens as he hams up a thankless role for the sake of awards when the only ones he should ever win will be Razzies.