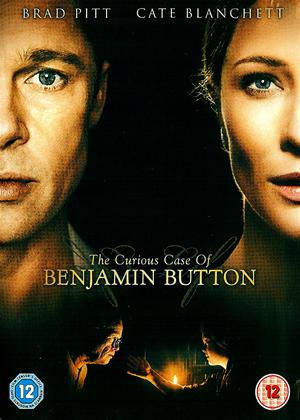 Rent other films like The Curious Case of Benjamin Button

Reviews (8) of The Curious Case of Benjamin Button

Button is easily Fincher’s most commercial film to date yet one that still maintains his air of perfectionism. The premise is already known and inserts a fascinating marker of where the industry currently is with special effects. It seems there is little a film cannot do when the budget allows.

It is an emotional tale through the life of a man, albeit in reverse. The lazy comparison (as made by the Sunday Times and others) is that it’s simply Forest Gump backwards. I have to disagree completely; this is a far more enchanting tale with an excellent cast and is a much superior film. Pitt and Blanchett are both excellent and form a lasting bond even as their ages drift apart. On paper the running time seems excessive and I would have certainly removed the clock dynamic and some of the initial younger years. The experience refuses to drag and despite the obvious ending (who can deny nature?) the trip is well worth the ride.

For Fincher it shows he can do mainstream sentimentality better than most and will hopefully enable him to pursue some of his other projects currently stuck in development hell. Benjamin Button is an excellent film without doubt, perhaps not the best of the year but certainly a memorable few hours.

loved it from beginning to end, the cast is brilliant no bad performances . The film pulls you in and keeps you there - a long film but didn't notice it.

Not being the greatest Brad Pitt fan,I thought as a Scott Fitzgerald story it might be worth a look. It certainly is worth a look as it is a very strange but very compelling film. Although about three hours long it absolutely flew by and as in all good stories you always wanted to know what was going to happen next.Cate Blanchett was her usual wonderful self and even Brad handled a demanding role efficiently.

The idea of living life backwards is novel and interesting. Lots of facets of this are explored but the plot does feel a bit thin in parts. Brad Pitt is one of the best action adventure hero actors of our time but doesn't really carry off more complex roles. The make up is good in parts but two scenes in particular are quite poor (you can definitely see the join). Worth watching but not transfixing.

I expected a lot more from this film, it just plodded along and was rather boring. you may enjoy it, but I thought it was vastly over fated.

I've read a lot of literature and watched a lot of films in my life. This particular film just showed that it was streched to be adapted from a short story. It dragged on and on and on and on. Almost 3 hours of a pretty lame shorter wax version of Brad Pitt gradually aging younger to... a pretty lame taller wax version of Brad Pitt. What happens in between is so normal, ordinary and inconsequential that would barely attract attention lest for the big acting names, especially the great but short performance by Tilda Swindon (about 15 min). I adore Brad Pitt and Kate Blanchett as actors, but I didn't see the spark for a moment in their supposed love story, which begins weird and ends up even weirder. I assume that perhaps the original story was intiguing but this adaptation was one of the most outrageously boring films I've ever watched in my life. I felt myself aging faster while I was watching it and that can never be a good thing.

I enjoyed this movie and thought the story of Benjamin living his life backwards was very unique. Good performances from Bratt Pitt and Cate Blanchett also.