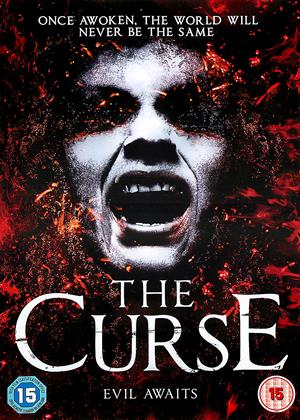 Reviews (1) of The Curse

You know in some films involving a curse such as the one featured here, and the airing of some ancient text sets free some sort of deadly creature from the dawn of time? ‘The Curse’, or ‘Foe’ as it is sometimes known, fills the vast majority of the running time with piecing together the text. As a fan of slow-burning films, even I found myself getting exasperated with the endless scenes of research and bickering in the pursuit of making sense of this alleged curse. Just as it seems hero Johann (Mark Gantt) is getting somewhere, the sequence turns out to be a dream, or troublesome Agent Mike Fox (Timothy Gibbs) pops in and tells Johann exactly what the audience already know.

The acting is very good, the locations are scenic and well used, but the story seems to deliberately avoid going anywhere. This is a shame - Antoni Solé’s plot is hardly there at all.

Fox’s involvement gives us reason to suspect he is pivotal character, and yet he is killed arbitrarily off camera, and a fairly important phone conversation between Johann and his wife Barbara (Nikol Kollars) occurs with us only hearing Johann’s dialogue – at first I thought these two occurrences were two clever red herrings of some kind, but no. Alongside many other moments, they just ‘happened’. Very inconclusive. It’s as if actors Kollars and Gibbs suddenly became unavailable for some reason and were unable to finish the film.

When the end of ’Foe’ came, it happened with no sense of closure or deliberation: the finale was just another scene that made no real sense. This is disappointing because so much seems to have been invested in this. My score is 4 out of 10.