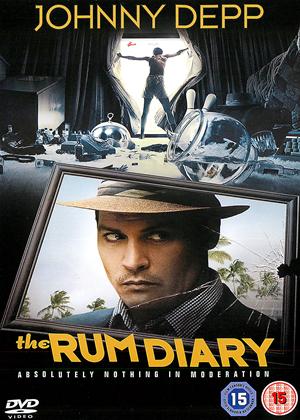 Reviews of The Rum Diary

Fans of the writer Hunter S. Thompson or even the bizarre cult movie Fear and Loathing in Los Vegas will have been eagerly awaiting the release of The Rum Diary, the latest Thompson adaptation once again starring Johnny Depp.

The film, as with the original book, is little more than a veiled narrative of Thompson’s experiences and work ethic as a journalist. Credited as the founder of “Gonzo Journalism” Thompson would involve himself entirely in the world of which he was writing, living his life alongside Hells Angels and drug dealers. The story of Paul Kemp in The Rum Diary is distinctly similar; as Kemp begins a new job at a Puerto Rican newspaper whose readers are by and large a bunch of drunken ex-pats. Kemp throws himself into the very same lifestyle with some rather ridiculous consequences.

A more linear and grounded movie than Terry Gilliam’s adaptation of Fear and Loathing the movie is nevertheless a divergence into the strange. Depp is, as ever, brilliant and so he should be considering he’s been trying to get the project off the ground for nearly twenty years: yet his efforts may have been a little wasted, if you’ll excuse the pun, as the movie never really takes off.

Rather than fluctuating up and down the Rum Diary drunkenly zig-zags from brilliant to mediocre, without ever stepping entirely into the terrible. The movie has some great bits, including a ridiculous and hilarious car chase that sees Depp sitting on his photographer’s lap in order to reach the pedals, but it doesn’t have the snap and substance it really needs to get it off the ground.