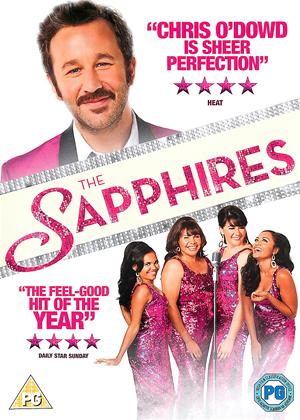 Reviews of The Sapphires

Based on a stage play in which director Wayne Blair originally starred The Sapphires is the story of aboriginal Australian country and western singers, the Sapphires, who, thanks to their down-on-his-luck agent turn themselves into a successful soul group and travel to war torn Vietnam to entertain American troops.

Set in 1968 and styling the girls after the Supremes the music of the Sapphires is fantastic and catchy, whilst vocally all the girls are excellent. Unfortunately however the film lacks the same charisma; largely due to parts of the narrative that are swept broadly over, discarding the emotional turmoil that lies beneath them in favour of unimaginative romantic overtones.

The two most notably missing moments from the story are those of the girl’s transformation to soul diva’s and their anticipation prior to their performance in Vietnam. Where their transformation should have been somewhat of a personal journey for each character, addressing the way in which they are expected to come to terms with altering their entire personality simply for commercial success, instead we are simply offered a series of makeover shots, putting the girls in mini skirts and fake eyelashes.

Their entertainment of the American troops in Vietnam, a controversial war even then in which uncountable soldiers perished on both sides, is played more as an opportunity for love than the politically charged issue it in fact was. Where the girls all had the capacity to at least consider what doing such a performance would mean for their public identities, it’s as though this setting is entirely incidental.

The movie’s saving graces are the performances from Chris O’Dowd (Bridesmaids, the IT Crowd), Deborah Mallman (The Secret Life of Us) and Jessica Mauboy, who all portray their characters with a sense of emotion and depth of expression that is wasted on the movie itself.