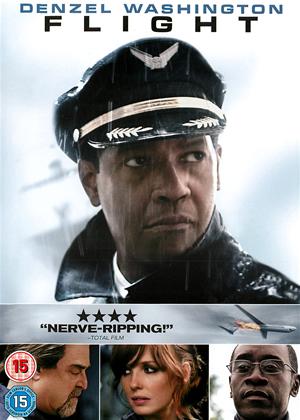 A brilliant study of alcoholism - Flight review by PV

This movie left me thinking about it for the rest of the day and week. It is a somewhat brilliant study of alcoholism, and the air crash and flight stuff is merely the context where that happens. I was expecting some 'snakes on a plane' mash-up; instead I found myself watching the best movie on alcoholism since 'Leaving Las Vegas'. Its characters and moral issues are well-written and developed, and there is a level of depth and complexity here unusual in Hollywood movies. The female druggie character's story is also well-developed, and the separate-then-meeting technique works well. There are no easy answers here and no simplistic moralising - that impressed me.

Of course, the plane crash and CGI effects are great too - but this film is more intelligent than that. In fact, I was surprised they didn't start with the crash - I knew this movie would be different from the first scenes therefore.

The only negatives: a slight descent in sentimentality, esp with the son subplot. Rather too much waffling about God for my liking (but not TOO much and this is an American movie, after all). Moreover, Denzel Washington just does not look ill or addled enough, after all his drinking (and the smoking, drugs etc). But hey, it's a Hollywood impression of alcoholism, and a trembling wreck would be less attractive and not allowed to fly a plane. And there are high-functioning alcoholics.

I struggled to watch this sometimes - the battle of the main character, the lying, the compulsive need to drink are all things I have seen in people I know, so I know how spot on its portrayal was.

I give this 4.5 stars rounded up. One of the films of the year for me - sometimes funny, sometimes sad, always interesting.

Much as I admire the acting of Denzel Washington and the directing skills of Robert Zemeckis, I didn't like this film.

Denzel Washington plays 'Whip' Whitaker, a highly skilled commercial pilot who, following a mid-air mechanical failure, crash-lands a plane saving the majority of lives on board. Unfortunately, Whip is an alcoholic who is also high on cocaine and the majority of the film deals with his attempts to dry out prior to an air accident inquiry.

Yes, the flight and crash effects were good (if very unlikely), Denzel Washington's acting was good, the songs that form the soundtrack were well chosen, but that's about it. The best I can give it is 3/5 stars - I just didn't like the subject matter very much.

I had no idea what this was about when I rented it. But I like Denzel Washington and I like films about airplanes, so I thought it would fit my interests.

First, Denzel Washington was, as always, thoroughly committed to his role and did an excellent job. I found myself rooting for him, even though he lied repeatedly. But this is what alcoholics do about their alcoholism.

Second, it is a movie with a spiritual message and some heartily dislike that. I find it disheartening that Hollywood cannot find anyone to portray people of faith as anything but loonie tunes in the making. The co-pilot and his wife were a bit much. I came from an evangelical Christian background and no one ever sounded like that when talking about God. No one I know does. If you want believability; rent the Apostle with Robert Duvall. He portrays a man of faith with feet of clay like the rest of us. In Flight, the man with cancer in the hallway of the hospital ward sounded more authentic. As a morality tale, I find it perfectly believable that those with addictions find their help in a Higher Divinity. Nothing wrong with that and nothing to be ashamed of.

Finally, the movie was interesting and satisfying and that's all I ask a movie to be.