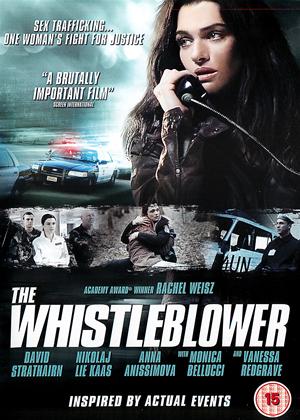 Reviews of The Whistleblower

Rachel Weisz puts in an excellent performance in this dark and disturbing true story of a UN peacekeeper whose discovery of her colleagues involvement in sex trafficking in post-war Bosnia which is gut-wrenchingly painful to watch.

It is not that the movie is bad, far from it in fact; the film is excellent made, dealing with its subject matter in a strangely gentle and touching way, by implying violence and largely through the sensitive nature of Wiesz’s character. However the film is not easy to watch: no amount of sensitivity can dampen the intensity and horror of the subject matter and overall the film is truly quite harrowing and upsetting.

The film uses Weisz’s character, a Canadian police woman named Kathryn Bolkovac, to give the story an in-depth and personal feel and it is through her that you can not help but be disturbed by the nature of the atrocities she is learning about.

As a portrayal of a true story director Larysa Kondracki allows the film to move with a consistent yet gentle and graceful pace, alluding to the violent and more tragic aspects more often than not. Yet this does not dilute the painful nature of the film.

All in all the movie is brilliant and fascinating, but so painful and difficult to watch that it almost spoils the beauty of the performances and the valour of Weisz’s character.