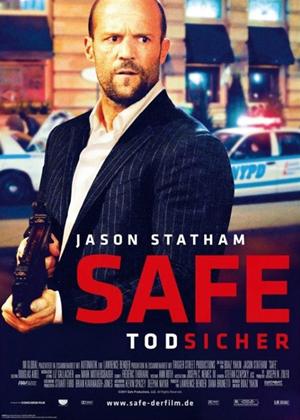 Synopsis:
When ex-Government agent Luke Wright (Jason Statham) exposes the Russian mafia for rigging an illegal fight, they seek revenge on his family and threaten to kill anyone close to him. Destitute and living alone on the streets of New York, Luke has given up hope...until a chance meeting with young girl changes everything. Mei (Catherine Chan), a 10 year old mathematical prodigy, is abducted by Triad gangsters wanting to use her unique ability to memorise a secret code. When the Russian mafia and a group of corrupt cops also launch a plan to kidnap Mei, it's clear she holds the key to something deeply dangerous and these men will stop at nothing to get it.
Over the course of one harrowing night Luke snaps back to life and tears through the city's underworld.
Actors:
Jason Statham, Catherine Chan, Chris Sarandon, Robert John Burke, James Hong, Anson Mount, Sándor Técsy, Joseph Sikora, Igor Jijikine, Reggie Lee, James Colby, Matt O'Toole, Jack Gwaltney, Barry Bradford, Jay Giannone, James Tolbert III, Danni Lang, Julian Marzal, Scott Nicholson, Kathy Anne Zhang
Directors:
Boaz Yakin
Producers:
Lawrence Bender, Dana Brunetti
Writers:
Boaz Yakin
Studio:
Momentum Pictures
Genres:
Action & Adventure, Thrillers

Jason Statham stars in another action movie as the hero with a heart, caught on the wrong side of the tracks by circumstances out of his control, the plight of a sweet little girl brings him back from the brink to remember what it is he was fighting for to begin with. With lots of fighting and shooting in the bits in between.

Beyond that is there really a lot else you need to know about Safe?

Statham is Luke an ex cop turned cage fighter who knocks out an obtrusive opponent in a rigged fight and finds himself in trouble with the Russian mob, meanwhile a cute little maths whiz with a photographic memory is kidnapped from her family in China and exploited by the Triads in New York.

In a rather implausible twist of fate Luke manages to drag himself from the edge of a train station platform (where he intends to throw himself under an oncoming train) to the side of a scared child hiding from some particularly ruthless criminals. With Luke by her side Mei (Catherine Chan) finds herself pursued by the Triads, the Russian mob and even corrupt members of New York’s finest, all because she is only one who knows the secret combination to a safe that houses $30 million.

As Statham action movies go Safe is perfectly adequate, reasonably watchable and will fulfil the needs of any beer fuelled boys night, if you can bring yourself to ignore the scene at the station (and the scenes at the homeless shelter) it’s not so bad after all, especially if all you’re looking for is a fun, thrilling heavy duty action movie.