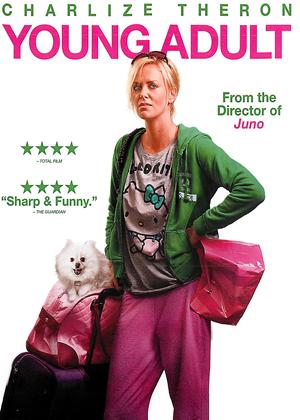 This was by no means a comedy. Throughout the film I felt thoroughly depressed and was very disturbed by the character of Mavis especially her relationship with her neglected dog. There was no point to the storyline other than to make you feel down but then happy and thankful you weren't Mavis. The movie was very very slow and in some parts pointless. I regretted watching it and thats a first for me as I can usually find some optimism in most things in life.

I really enjoyed this movie. Charlize Theron is superb as the alcoholic, self obsessed Mavis Gary. Mavis returns to the town she grew up in (Mercury) determined to rekindle her romance with her old flame, irrespective of him being married with new baby. So self confident is Mavis she is oblivious to all the negativities, culminating in her brilliantly acted complete meltdown at her old boyfriends wife's party. A great performance from Theron.

I cannot believe that the critic's review (below) gave this 5 stars - obviously film critics inhabit a parallel world where unfunny, depressing, pointless films like this one rate as hilarious, uplifting and genre-defining. Avoid at all costs as not even Theron can save this from being only fit for ridicule

From the makers of teen pregnancy drama Juno comes a sharper adult comedy about getting what you want. Writer/Director duo Diablo Cody and Jason Reitman have reteamed for Young Adult the story of Mavis Gary (Charlize Theron) a young adult literature writer who, after her divorce, returns to her small home town in Minnesota to rekindle her relationship with her high school boyfriend Buddy; totally ignoring the fact that he is now happily married and has a new born daughter.

The ultimate high school prom queen, Mavis’ life has taken a downturn since graduating and she now finds herself dumped and disenchanted by her job, for Mavis going home is the only chance she has to regain her previous happiness and popularity. The movie gives little sympathy to this downtrodden divorcee, showing her as completely single minded and ruthless in her desire to regain her now lost acclaim, turning the typical tropes of the romantic comedy genre on their heads Young Adult quickly leaves you rooting for the bad girl.

The first two acts of the movie have a genuinely sparkling script that walks the knife edge between shock and humour with a boldness that is unrivalled. Theron is perfect as Mavis, as beautiful and deadly as any woman could be, she delivers her lines with a confidence and self assured grace that compliments Mavis’ slightly demented determination perfectly.

The movie is filled with sharp and surprising digs at the generic stereotypes of the Hollywood romance, turning this into a movie for the genuine cynic, don’t expect a happy ending to this movie, even though you’ve spent the last two acts unwilling charmed by Mavis she is bound by her character type to remain the embittered predatory female, reminding us that the traditional tales of the romantic comedy will always win out.

This is a genuinely funny and grown up rom-com weakened only by its choice to opt for the safe ending; if the film makers only had as much balls as Mavis herself Young Adult could have been truly great.