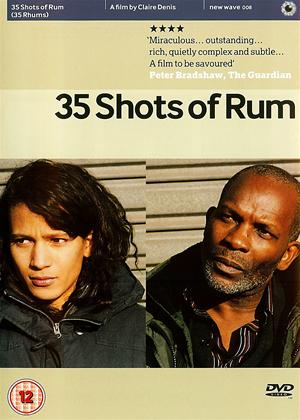 Such a boring film - 35 Shots of Rum review by PV

I usualy like foreign language films - though French ones have a reputation for being slow and tedious, and this is no exception. The movie can be summarised thus: lots of ethnic minority people go to work and come back to their tower block in the suburbs of Paris, then go out in a taxi, break down in the rain, go to a bar, drink run (though no-one ever explains why 35 shots of rum...) and a man drives a train; their is much philosophical and depressive talk of age and death. A shame really: there are much better films to be made about the French immigrant population. Perhaps it's because it's directed by a woman, and women directors usually focus on family relationships and soapy stuff rather than good plot and the story. Maybe this would have been better as a TV series?

So, in summary - if you want good entertainment, do not watch this self-indulgent French yawn-fest. If however you are suffering from insomnia, however, and need something to put you to sleep, this movie is highly recommended.

One or two stars - maybe one and a half, for the good acting.