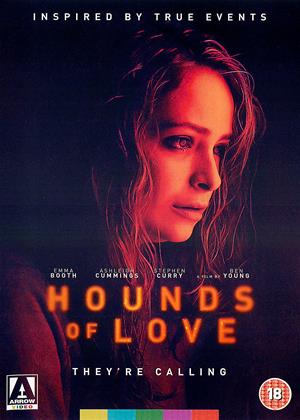 Reviews (6) of Hounds of Love

Tough watch...but worth it - Hounds of Love review by RW

Being a parent of a girl around the same age as the victim in this film I found this quite a tough watch, that being said at the same time it was impossible to take my eyes of it.

Really well acted, it builds the tension and menace perfectly......you may find your sympathy switching from character to character as the film progresses, in fact it could be argued that the 3 main characters are all victims in their own way.

Being picky, a vital plot device is rather heavily signposted early on which comes as no surprise when it plays out and without giving too much away the sequence "borrows heavily" from other films, most notably one from the early 90's starring Anthony Hopkins....you'll know when you see it.

To summarise, given it's subject matter it's a film you'll endure more than enjoy, but it's an astonishing debut from it's writer and director Ben Young.

Maybe not everyones taste, quite brutal and a little hard to watch at times, however a very tense and well made movie, really enjoyed this film, highly recommended.

The two short films included on the DVD are also well worth watching.

Understated and superbly acted - Hounds of Love review by TR

Apart from the slow-mo and repeated shots of passing planes (a bit pointless and a waste of screen time), I found this to be an undersrated gem, with great performances all round.

It's been debated for a long time, what is a horror film?

For me personally, a thriller/drama like this one is a true horror film, in that it is so plausible, very real and could actually happen, should you like Vicki in the film, be unfortunate enough to be in the wrong place at the wrong time.

Incredibly tense throughout, this is a great exercise in the true horror that real people, with something as easy to obtain as sleeping pills, a chain and a lock, can inflict on a fellow human being

Not my favourite genre but this was an excellent watch and as someone has already commented, beautifully acted. I highly recommend watching.