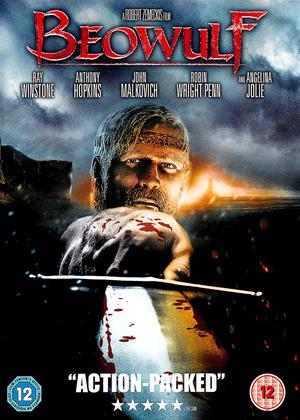 A Breath of Fresh Air! - Beowulf review by CP Customer

The film starts with the people in a Kingdom celebrating the construction of a new mead hall, the celebrations reach all the way to the far away mountains and caves and wake up and disturb the sleeping monster Grendel. The makes his way to the noisey folks to shut them up and this is what he does in no uncertain terms.

The King Hrothgar decides to send for help for someone who will kill the monster Grendel and promises half his kingdom to any man that can kill Grendel thats where the main protagonist Beowulf (voiced by Ray Winstone) comes in. A warrior from a far away land whose reputation precedes him, Beowulf comes to the kingdom and promises the king that he can kill the monster. I think thats all i'm gonna give away so as not to spoil it for those you are yet to see it but this is a must see....i'll even go as far as to say that this is almost a classic, i am shocked and disgusted this didnt get any oscar nominations at least.

The graphics are simply amazing, and the action is insane....INSANE....CRAZY. The story is just so well constructed too theres betrayal, tragedy, comedy,romance and it has enough subtle conflicts to satisfy the most passionate film students. The characters are so interesting and well written that practically every single one is memorable way after the movie has ended, beacause they all play an important part to the overall story.

I was surprised they made this film watchable for kids, theres a lot of blood and gore, and loads of nude scenes that shouldnt be appropriate for children.

The film's underlying theme is people dealing with their problems instead of pushing it on to others to handle for them, it also deals with the weakness of men and how any and every man can be tempted into doing dishonourable acts.

Beowulf - Worst Film of the Century - Beowulf review by CS

If your idea of a good film is watching two hours of what amounts to a very badly made video game, then this is for you. This is as far removed from the actual legend of Beowulf as you could get. There is no script, and live action is non existent. Basically this is pure computer generated animation but in a very video game'ish style. They appear to have filmed the actors then turned them into animated characters. But the style of animation is so poor that this is a very hard to watch film. There is nothing good that I can say about this film at all. Why was it done? Probably to promote the video game, because this is basically a video game!!

I enjoyed it a lot

Contains some wise one-liners too

For clever people to appreciate

Didn't enjoy this bloodthirsty gung-ho gorefest. Actually it made me laugh in places, especially where Beowulf decides to 'face his enemy' naked and the production team think of an amazing array of ways to hide his 'manhood'! I didn't think the graphics were that spectacular, but maybe that's because I wasn't really enjoying the story. Maybe a good film to watch if you enjoyed '300'.

honest view, why not use the actors and have special effects for the highlights???

waste of time and moneys.

all the time you are watching, specialy anthony hopkins, you cannot understand why its not him,cheeper to make?? as the only voiceover??

the film is ok well made, story passable,but glad I diddnt spend time going to see at cinema as I would have been realy disapointed.

saw the bluray version,and yes the effects are amazingly real,come a long way since 'final fantasy' only a few yrs ago,