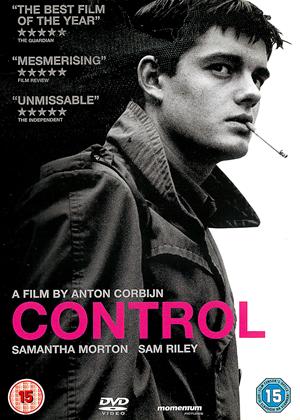 There’s nobody better qualified than Anton Corbijn to document the rise and fall of Joy Division, as his moody black and white photos of the band graced many a copy of NME during the band’s brief heyday. Twenty years on, he gets to make a film on the band, inevitably focussing on Ian Curtis, their lead singer whose suicide in 1980 stopped the band in its tracks and signalled a change of direction into the more commercial New Order. There are many good things about the film- Sam Riley’s performance as Curtis, Toby Kebbel’s brilliant portrayal of JD’s acerbic manager Rob Gretton, and Riley and his actor bandmates and their spirited stabs at the band’s doomy but uplifting music. Sadly, though, a film charting a character’s slide into suicidal despair via illness and marital strain is going to end on a bit of a downer, and although JD fans will love it, the uncommitted will find it heavy going, to say the least. “24 Hour Party People” presents a considerably livelier version of the same story, with the unfortunate addition of The Happy Mondays.

Puts Macclesfield on the map - Control review by JD

I would recommend this film even if you are not familiar with Joy Division. There are lots of biographical films about musical icons and I've liked all the ones I've seen but this is one of the better ones. It explores and exposes the apparent contradictions in Curtis's life. The Joy Division music was presented but no more than required to give a feel of the force inside his head. Dower and dark but not depressing, even strangely uplifting in the sense of a genius as great as his was going to break up it was better that he was famous for that time.

Brilliant acting by Toby. Must not be missed if you're a Joy Division/Curtis fan. Very realistic.