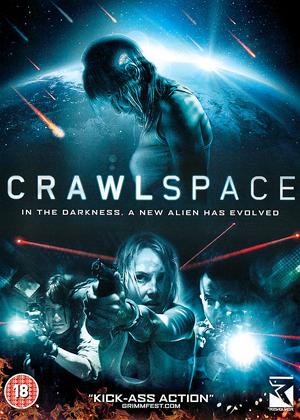 What's more disappointing? That it's the first truly shit Ozzy film I have seen, or that it had the makings of about 5 totally different decent films.

Australian science fiction thriller written and directed by stars Eddie Baroo, Justin Nix and Adam Patrick Foster, is very reminiscent of a handful of 1980’s classic sci-fi hits, including James Cameron’s Aliens and David Croenberg’s Scanners. It follows a small group of elite solders sent below ground to a secret military base to liberate the scientist trapped in the now redundant facility, when they get there however they quickly discover that the experiments the scientists were involved in were not of an entirely earthly nature; should they also rescue the patients? Or should the survivors be more accurately described as monsters than victims?

Without giving too much away the central plot centres around the solders battle with Eve, a patient who, following invasive experimentation has been left with powerful psychic ability. Fearing for her life and freedom Eve finds herself unable to control her new ability, whilst the soldiers find themselves visited by visions, involuntary actions and loved ones they thought long dead.

Set in a claustrophobic underground base Crawlspace, as its name suggests, is a dark, tight and uncomfortable movie which manipulates its surroundings to the benefit of the overall tone and suspense of the piece. Much of the movie takes place in almost complete blackness, with the lack of light providing ample opportunity of shifting suspicious shadows and sudden shocks, whilst the eerie glow cast by Eve’s psychic abilities only furthers the films tension. Couple this with a handful of unexpected and rather gruesome death scenes and you have the making of a genuinely enjoyable addition to the sci-fi, with just enough horror and thriller thrown in for good measure.

The adequate acting skills and steady, well directed camera work all culminate in a movie that, with its various homage to greats such as Aliens and Scanners, is bound to please cult genre fans though its appeal may be a little lost on those outside the loop.