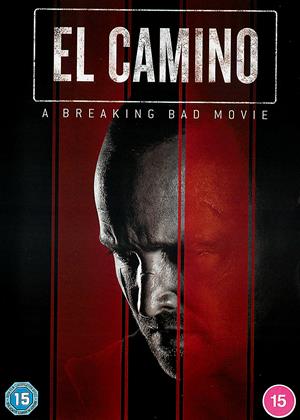 Rent other films like El Camino: A Breaking Bad Movie

I enjoyed this spin-off movie, as I enjoyed the spin-off TV series BETTER CALL SAUL. Of course, neither that nor this is the sublime wonderful US TV drama series BREAKING BAD, just about the best TV drama of the last decade, despite the soppy slushy later series - the pilot of BREAKING BAD is the best pilot for any drama I have ever seen - ever. Brilliant!

So this movie recreates some flashback scenes from BREAKING BAD - and suspension of disbelief is needed as the character Jesse Pinkman looks much older as, naturally, Aaron Paul has aged in 5-10 years. Never mind. Flashbacks are needed in a drama like this and BETTER CALL SAUL. The way it is.

There is enough in this movie to make it work, to be honest - some neat set-ups and a quest for Jesse. Some old friend characters pop up again too - and amusing that some who died in the TV series also appear in newly-filmed flashback, including Walter White himself played by Bryan Cranston, brilliantly - always.

I was hooked and glued to my seat at this and it's a satisfying watch/. Some great music as usual on BREAKING BAD (and lots of US TV drama series which are SO superior to UK drama series, esp inhouse pc woke BBC nonsense which feel like 4th rate preachy lectures).

Not quite 5 stars but a solid 4. Watch it! Recommended.