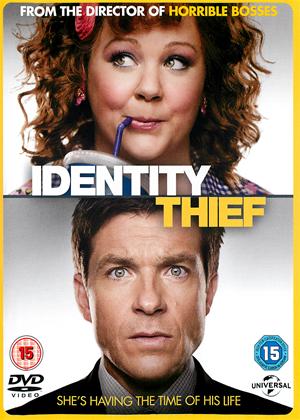 As an unashamed fan of the long running TV series Gilmore Girls I was pained to see my beloved Sookie St James (otherwise known as actress Melissa McCarthy) in what I fully expected to be an absolute pile and waste of digital film. And as the “bad guy” no less!

As ever Hollywood refused to disappoint me.

Identity Thief tells the story of boring, mild mannered businessman Sandy (Arrested Development’s Jason Bateman) who discovers that his identity has been stolen too late; with compromised credit cards and the fraud squad on his back Sandy’s only hope is to travel to Florida to apprehend the criminal himself.

This is not however some underground gang using the identity of respectable citizens to fund their illegal workings but instead irresponsible, over-the-top and overweight Diana (McCarthy) who gets an inane joy out of stealing the identity of others. In true odd couple style however Sandy and Diana find themselves forcibly thrown together and realise that they in fact have a connection beyond temporarily sharing the same name.

I was first put off by the sheer audacity of the idea that the victim and thief of a stolen identity could become friends at all – let alone over the trivial incidents depicted in this piece – my rage truly began to boil however when this shambles of a film tried to paint Diana as a sympathetic character, her background sob story so sickeningly predictable that I wanted to scream. The film’s finale plays out exactly how one would expect it to and even the addition of small roles played by Amanda Peet and Jon Favreau weren’t enough to hold my interest.

Take my advice, if you ever have a hankering for a bit of McCarthy of Bateman, stick with their small screen appearances.