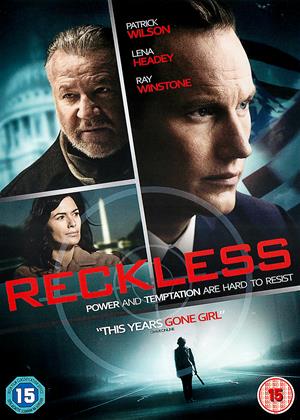 There’s a cold feeling that Zipper attempts to unearth in its tale of infidelity. Unlike Patrick Wilson’s previous picture about cheating, Home Sweet Hell, there is no definitive answer for his character’s decision to pursue an escort. He opens his browser to a website for prostitutes, examines a few profiles, closes the window, masturbates and crawls into bed with his wife. The process continues as fantasies continue to cloud his thoughts - pushing them aside to maintain what little stability he has over his life. It eventually reaches a new level when Wilson’s lawyer/husband/father character of Sam finds himself alone for the weekend. It’s a scenario that can breed dark thoughts in the most unlikely of men who act on a fantasy as if it is their only chance to experience such happiness.

Keeping the faith in a marriage is not an easy task and takes much dedication to stick through thick and thin. For the first act of Zipper, Sam Ellis is portrayed as a man struggling to keep his last fingers on the edge of destroying his marriage and career. He slowly slips and descends into the pit of prostitutes that bring him momentary pleasure, but ultimately lead to a disgusting life. His entire life seems to grind to a halt as the FBI shuts down the escort agency he was using. His affiliation as a client sends him spiraling into fear about losing everything.

It’s a perplexing angle to examine about the American struggling to be both a leader and a human being, but all of this is dampened by the severely lacking second act. While the movie begins with quiet desperation and subtlety to Sam’s unfaithfulness, it tries to end by tying up all the loose ends in a very unsatisfactory conclusion. It appears as though director Mora Stephens wants to approach this thriller similar to Gone Girl in that you can’t change your wicked ways. Secrets are kept, lies are spun, despicable deals are made and life continues on with an artificial smile.

There are faint glimmers of what could have been a better picture if it weren’t so stuck in its subpar thriller plot. When Sam’s wife discovers her husband’s secret and asks him what those girls had that she didn’t, he replies with “nothing.” An interesting line that is never further explored. When Sam lands a higher job in office, a co-worker states that Sam can no longer be a human being in the public eye. More great dialogue that deserves a better script.

The glowing beacon in this depressing story is the always likable Patrick Wilson. He has the uncanny ability to throw himself into the role of an everyman with much more below the surface. He’s perfect for such a role in how he hits all the right notes of frustration and has absolutely no problem acting in sex scenes (this marking the third movie of 2015 where he’s gotten into bed with a woman). In fact, it’s infuriating how great he is in that he deserves a far better script. This is a man who delivers on the more fearsome and darker territories of man, but he’s once again underused in the role.

Zipper ends up being completely unfulfilling in how it meanders around such a deep subject. In its attempt to say something thoughtful and personal about media coverage, the struggles of marriage, the corruption in politics and the tawdry affairs of the sex industry, the movie ultimately says nothing. All it does is pour all the ingredients into a big bowl of great actors and dump out the remains in this 106 minute mess. It’s a movie that I’d almost half-recommend just for how well Patrick Wilson performs in a thriller that has too low of a script for a top-dollar topic.